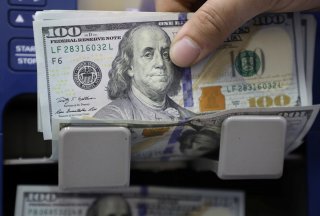 Key point: America decided to pay later instead of paying now. The checks are helping folks but every borrowed penny will one day come due.

Millions of Americans have received at least three separate stimulus checks since the start of the coronavirus pandemic.

The checks were included in the three big-spending measures that Congress hammered out within the last year, in efforts to mitigate the economic turmoil that’s left millions of people unemployed, small businesses closed and renters forced to face eviction.Under the Trump administration, Americans received $1,200 and $600 payments, with amounts based on income levels, and the most recent round of direct payments authorized by President Joe Biden will be as much as $1,400 for individuals earning $75,000 per year and couples earning $150,000.

But, just how much did those stimulus checks cost the federal government?

The Congressional Budget Office estimated that Biden’s relief bill has a price tag of $1.86 trillion over 10 years, but that figure could reach more than $3 trillion if some of the package’s provisions—like the child tax credit, the child and dependent care tax credit and the earned income tax credit—become permanent, according to an American Enterprise Institute (AEI) analysis.

And the most expensive portion of the president’s bill is the direct payments provision, which totals roughly $400 billion.

During congressional negotiations over the rescue bill, there was heavy debate over whether to include the direct payments, as Democrats insisted Americans need the financial support amid the public health and economic crises, while fiscal conservatives argued they are poorly targeted and would boost the national debt.

The non-partisan Joint Committee on Taxation estimated that the total cost of Biden’s stimulus checks would be $411 billion and cost nearly $458 billion for the direct payments approved by former President Donald Trump.

“The combined cost of all three rounds is $869 billion, about [four] percent of annual [gross domestic product]. The actual net cost was probably somewhat lower, as the rebates probably provided some economic stimulus and the stronger economy led to increased federal revenue.” Alan D. Viard, a resident scholar at AEI, said.

Measured as a share of the economy, the federal budget deficit will total 15.6 percent of GDP this year and average 4.7 percent over the coming decade, according to the Committee for a Responsible Federal Budget. These near-record figures haven’t been seen since World War II, and they are likely to spark an even larger overall debt.

The committee also reported that the enactment of the American Rescue Plan Act would drive the estimated debt level to 108 percent of GDP this year, which will surpass the prior record of 106 percent set just after World War II.

“Based on the [Joint Committee on Taxation] estimates, holding everything else fixed, the federal debt, which is about 100 percent of annual GDP, would be about [four] percentage points of annual GDP lower if the rebates had not been issued,” Viard said. “That’s not a small impact, although it pales in comparison to the projected rise of the debt to 200 percent of annual GDP over the next three decades under current policies. That rise will occur because health and Social Security spending is projected to grow much more rapidly than revenue.”

Although the inclusion of the stimulus checks had a relatively “small impact” on the debt, high debt levels indicate slower economic growth. And with a slow economic recovery after two major crises means that it will take longer to create a productive economy with sustainable wages and living standards.

“It’s OK to borrow big in a crisis. It’s also OK to spend a lot of money on stuff that government is supposed to provide: defense, a safety net, infrastructure, scientific research. But there is no money tree. All that spending and borrowing comes at an eventual cost, both to taxpayers and the health of the economy overall. That was true before the pandemic, and it will be true long after,” AEI’s James Pethokoukis wrote.