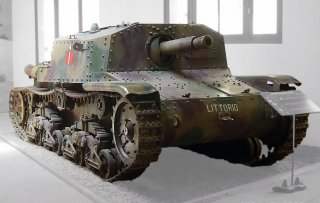 Here's What You Need to Remember: Rather than the David-vs-Goliath fight as commonly depicted, the war was far more even, thanks to Great Britains' sheer maritime power.

The Second World War remains an enduringly fascinating subject, but despite the large number of films, documentaries, books, and even comics on the subject, our understanding of this catastrophic conflict, even seven decades on, remains heavily dependent on conventional wisdom, propaganda and an interpretation skewed by the information available. In my new book The War in the West: Germany Ascendant 1939-1941, first in a three-volume history, I am challenging a number of long-held assumptions about the war, many of which are based on truth by common knowledge, rather than through detailed and painstaking research. My Damascene moment came some years ago when I was being given a tour of the Small Arms Unit at the British Staff College at Shrivenham. I was glancing at a German MG42, known as a “Spandau” by the Allies. “Of course, that was the best machine gun of the war,’ I commented, relaying what I’d read in many books.

Studying such things in detail meant I was now looking at the operational level of war. Any conflict — or business for that matter — is understood to be conducted on three levels. The first is the strategic — that is, the overall aims and ambitions. The second is the tactical: the coal face, the actual fighting, the pilot in his Spitfire or man in his tank. And the third is the operational — the nuts and bolts, the logistics, economics, and the supply of war.