You're Dead: Of All The World's AK-47s, This One Is The Best 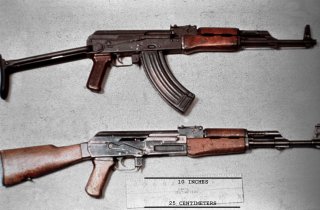 Here's What You Need To Remember: Like its predecessor, the Finnish Rk 62 was able to achieve 1 MOA accuracy, making it extremely accurate for a general-issue service rifle. It serves in the Finnish military to this day, and is currently being modernized and is expected to serve until 2035.