Yugoslavia May Be Gone, But The T-72MJ Tank Survives 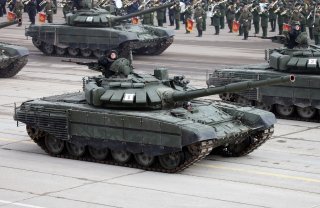