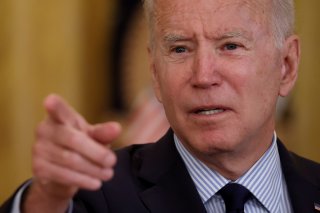 The IRS spent several weeks distributing weekly reports of how many stimulus checks it had been sending out to Americans under the American Rescue Plan. However, the agency skipped last week, indicating that perhaps it was nearing the end of its distribution cycle for the Rescue Plan stimulus checks.

On Wednesday, the IRS ended the two-week hiatus of the reports, announcing that it had sent out 1.8 million additional Economic Impact Payments since the last report. Those payments totaled more than $3.5 billion.

Now, the IRS has sent out 167 million payments, at a total dollar value of  $391 billion, through May 26. Politifact reported recently that the total amount allocated in the Rescue Plan for the stimulus checks was $410 billion, meaning there’s not much money left to go out.

Of those 1.8 million payments, more than 900,000, valued at about $1.9 billion, went to “eligible individuals for whom the IRS previously did not have information to issue an Economic Impact Payment but who recently filed a tax return.”

A possible reason for the delay in releasing the data is that the tax filing deadline was May 17, meaning that those who filed in order to meet that deadline have now received their checks.

“The IRS will continue to make Economic Impact Payments on a weekly basis. Ongoing payments will be sent to eligible individuals for whom the IRS previously did not have information to issue a payment but who recently filed a tax return, as well to people who qualify for ‘plus-up’ payments,” the agency said.

The May 12 report listed 960,000 payments, which was the first time since the check distribution started that the total had gone under 1 million.

Indications are that there will not be a fourth stimulus check, at least not one that is distributed to the majority of Americans like the three since the start of the coronavirus pandemic. The pandemic is receding and the economy improving, meaning that the emergency conditions are no longer there.

Also, the Biden Administration is not actively pushing for a fourth check, with the proposal being left out of Biden’s two major trillion-dollar spending packages, the American Families Plan and American Jobs Plan. Some members of Congress have pushed for a fourth round of checks, or even beyond, but the president has not gotten on board with any such proposal. The Families Plan, however, does include a proposal to extend the expanded child tax credit from the Rescue Plan through 2025. Those payments begin rolling out in July.