A Secret in the Sky: China Using American Satellites for Military Gains 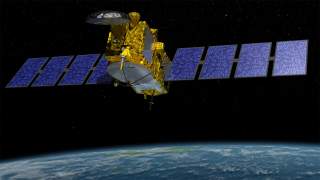 China is using American satellites to simultaneously oppress its own people and pose a threat to the U.S. military, and it’s unknown what can be done to stop them.

Around nine satellites -all built by the United States- are currently providing information to Chinese soldiers on remote and contested outposts in the South China Sea, an area where U.S. forces frequently patrol in order to ensure free commerce routes.

According to the Wall Street Journal, the notoriously anti-human rights nation is also using the American satellites to strengthen their police forces against social unrest and ensure the state message reaches as far as it can.

Meanwhile, a tenth satellite, which is currently under construction by Boeing, is supposed to enhance the Chinese version of the U.S. Global Positioning System. Naturally, geolocation could help the Chinese military guide weapons to their targets.

Despite being able to pump out more technology at a cheaper and faster rate, China lags behind the United States in terms of space tech.

While the U.S. has laws prohibiting American companies from exporting satellites to China, the laws do not regulate how bandwidth from those satellites are used, allowing China to “rent” U.S. satellites. Furthermore, offshore firms have allowed China to utilized U.S. technology without drawing suspicion.

Chinese ambitions to control satellite networks -and the Internet as a whole- are well documented, to the point where the CIA has recently warned allied intelligence assets of the dangers of dealing with Chinese telecom companies such as Huawei.

In China, the Internet is heavily regulated, with the government sparing no pretense to remind the local population that they are always being watched.