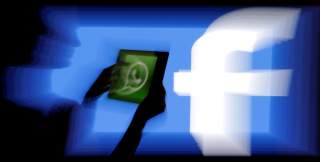 Hackers targeted multiple government officials in U.S.-allied countries through the Facebook-owned WhatsApp, according to people familiar with the messaging app’s investigation.

The perpetrators, who used WhatsApp to take over 1,400 users’ phones between April 2019 and May 2019, hacked a “significant” number of high-profile government and military officials’ phones across 20 countries, people familiar with the WhatsApp investigation said, according to the Thomas Reuters Foundation.

“It is an open secret that many technologies branded for law enforcement investigations are used for state-on-state and political espionage,” Citizen Lab senior researcher John Scott-Railton told Reuters.

WhatsApp sued the Israeli hacking tool developer NSO Group on Tuesday, alleging that the company provided hackers a platform, which exposed an internal flaw in the makeup of WhatsApp that led to the mass hacking.

Officials in United States, United Arab Emirates, Bahrain, Mexico, Pakistan and India were also hacked, but NSO could not expand on specific individuals, according to Reuters.

A U.K.-based human rights lawyer sent Reuters pictures of attempts by hackers to get a hold of his phone starting on April 1.

I spoke to some cybersecurity lawyers about WhatsApp’s lawsuit against NSO, and the challenges it might face as it tries to apply a hacking law usually used to protect a company’s own computers to protecting its users instead: https://t.co/SrN0DL1FHu Noble, but complicated!

Hackers would make “what appeared to be a video call, but this was not a normal call. After the phone rang, the attacker secretly transmitted malicious code in an effort to infect the victim’s phone with spyware. The person did not even have to answer the call,” Will Cathcart, Facebook’s head of WhatsApp, wrote in an Oct. 29 op-ed published by The Washington Post.

“Now, after months of investigation, we can say who was behind this attack. Today, we have filed a complaint in federal court that explains what happened and attributes the intrusion to an international technology company called NSO Group,” Cathcart continued.