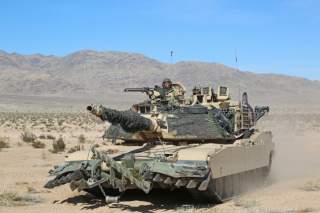 In the Old Testament book of Judges, the Almighty tasks Gideon with leading the Israelites against their oppressor, the Midianites. In assembling an Israelite army, the Almighty commands Gideon to reduce his numbers. Gideon obeys and ultimately triumphs with the remaining force of three hundred men employing an elaborate ruse. Reducing the size of an armed force seems counterintuitive, but, as the story illustrates, organizational design, and not end strength, is critical to military effectiveness.

In the present day, headlines are replete with American Army leadership warning of risks arising from the reduction in the service’s end strength. Unfortunately, Army leadership indicated the risks could only be addressed by providing the service with more resources, namely appropriation dollars to afford additional personnel and new equipment.

Given the Department of the Army’s record in managing prior manpower increases and modernization programs, Congress is right to be skeptical as to whether simply providing more of both would best minimize the risks raised by the service’s leadership.

The Commission on the Future of the Army, tasked by Congress with an examination of these matters, concluded “in general terms, the Army is appropriately sized, shaped, and ready to meet the strategic guidance it has been given... but only just so.” [Emphasis added].

The Commission suggested one solution would be to reduce the number of Active Army Infantry Brigade Combat Teams by two. The step would free up approximately 8,500 manpower spaces to alleviate at-risk capabilities, such as air defense artillery and enablers (e.g. fuel distribution, port opening, transportation, and military police.)

The Government Accountability Office, Congress’s investigative arm, just reported on the matter of enabler capacity, finding that the Army prioritized the preservation of combat capacity in complying with reduced end strength authorizations, even to the point of diminishing enabler capacity. The priority placed on preserving combat capacity resulted in the Army only partially identifying the risks associated with such a force structure.

If, as the Commission states, budgets are fixed and readiness is a priority, then the solution lies in the matter that prompted the Congress to launch the aforementioned reviews: the Aviation Restructuring Initiative.

To accommodate the reduction in fiscal resources, the Army proposed an Aviation Restructuring Initiative whereby, in general, overall end strength would decline, force structure would shift to the Active Component from the Reserve Component, including the preponderance of attack helicopters. The Army National Guard objected to the initiative and persuaded Congress to establish the Commission.

The Commission deemed ARI “a well-crafted plan that holds down costs while maintaining a reasonable level of wartime capacity,” and would help free funding for aviation modernization program. The GAO came to similar conclusions, reporting the Army came to its decision on the basis of a procedurally sound analysis.

While the GAO and Commission findings tempered the controversy surrounding the Active-Guard dispute, the two reports left unstated a critical aspect of the initiative that has bearing on the matter of adequate end strength.

By exploring and adopting alternatives, the Army demonstrated organizational design can mitigate the impact of fiscal and end strength constraints on combat aviation.

By extension, the step demonstrates how organizational design can similarly solve the combat-enabler problem posed by the Brigade Combat Team.

The Army touts the BCT as their capability of reference, on par with the Navy’s carrier group or Air Force strike packages, but the formation is a barely modernized descendant of division-centric designs that can be traced back to World War II. Its corresponding combat capability and enabler capacity shortcomings can be solved by organizational design -- in the form of the Reconnaissance Strike Group (RSG).

The RSG is predicated on flattening the command and control structure and mirroring the reconnaissance-strike attributes of the aforementioned Navy and Air Force capabilities of reference. While the RSG would be larger than a BCT in terms of manpower, shifting to the RSG helps surmount the combat-enabler end strength dilemma currently confounding the Army leadership. Since the RSG is designed to operate in an austere environment, enabler capabilities are embedded in its corresponding battalion structure. Each RSG would possess more sustainment manpower (2,426 soldiers) than a BCT (1,357 soldiers).

The enthusiasm with which the Active Army embraced ARI, however, contrasts markedly with the vehement opposition to the RSG proposal.

Substantive objections probably exist, but a more straightforward matter is probably the deciding factor: procurement dollars. The ARI permits the Army to proceed with planned acquisitions with incumbent providers; the RSG would require the procurement of a system from a new supplier.

Since September 2014, the Army has concluded 21 contracts associated with the AH-64 attack helicopter for a total of $2.7 billion. In contrast, the RSG proposal entails ditching the Bradley Infantry Fighting Vehicle in favor of the German-made Puma variant.

Army leadership has bemoaned the failure to obtain approval for a new vehicle modernization program even though a 2013 Congressional Budget Office report identified the Puma as a plausible and affordable alternative to the ungrounded and costly proposals favored by the service.

As the saying goes, when out of money, the time comes to begin thinking. As the ARI-RSG contrast shows, Army leadership has declined to think, opting to just ask for more money.

To conclude, quantity indeed possesses a quality of its own, but as history demonstrates, organizational design remains paramount. As the Army leadership grapples with end strength, fiscal, and readiness challenges, the step of embracing a smaller, but more capably organized and equipped with modern systems (finally), force emerges as a counterintuitive solution.