1,500 People and Counting: The Trump Administration Is In Love with Sanctions 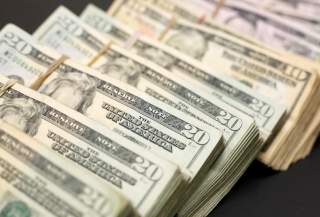 There is no activity policymakers and lawmakers in Washington, DC enjoy more than enacting sanctions on the bad guys. If somebody, somewhere, is behaving in a less than ideal way or is challenging U.S. policy objectives, stepping up the sanctions pressure is likely the very first policy tool the U.S. government will reach for. The Trump administration has taken sanctions policy to the extreme; by the end of 2018, approximately 1,500 individuals and entities were included on the Specially Designated Nationals and Blocked Persons list, a significant increase over the previous year.

If used correctly, economic sanctions can be a powerful tool and coerce another country into changing its foreign policy in line with U.S. demands. Businesses are habitually conservative and risk-averse organizations, which means that the prospect of losing access to the U.S. financial system is more than enough incentive to cut ties with a sanctioned entity. We are currently seeing this play out with respect to Iran and Venezuela, both of which continue to lose foreign investors and business partners due to an increasingly entangled and complicated web of U.S. economic restrictions.

Sanctions, however, can also be overly seductive. Withholding somebody’s visa, freezing a company’s assets, and barring a government from transacting in U.S. dollars are a fast and easy way for members of Congress to demonstrate to their constituents that they are doing something about a problem. The temptation is equally strong in the executive branch, where issuing economic penalties is a relatively painless action for the U.S. government to take.

Yet because sanctions are so tempting, they become overused to the point where deliberations are trapped on auto-pilot.  As Neil Bhayita and Edoardo Saravalle wrote in the Atlantic over a year ago, “The harder sanctions programs are to lift, the greater the chances are that they will become entrenched policy.”  And when policy is entrenched, countries and businesses alike begin to adjust to the new reality, perhaps by using different currencies during their transactions or partnering with other governments that have an interest in defying them.

Unfortunately, Washington’s policymaking community has failed to take into account the adverse consequences of U.S. sanctions policy. While part of this can likely be explained by a general, systemic unwillingness to reform, a large reason for the blame also goes to a simple lack of awareness. Although the State, Treasury, and Commerce Departments all assess the effectiveness of sanctions in the course of their work, none of them are apparently required by law or regulation to determine a simple but straightforward question: are sanctions actually helping the United States accomplish its foreign policy objectives?

According to an October 2 report from the Government Accountability Office, internal government assessments on sanctions programs “do not analyze sanctions’ overall effectiveness in achieving broader U.S. policy goals or objectives, such as whether the sanctions are advancing the national security and policy priorities of the United States…” Put another way, Washington continues to apply all manner of sanctions despite fully understanding whether any of them will actually have a long-term policy impact.

To call this troubling would be the understatement of the day. It is downright ludicrous and needs to be changed immediately. The United States cannot make foreign policy with the country’s best interests in mind with incomplete information. For policymakers and lawmakers to defer to what is politically popular or convenient without knowing whether or not it will make any difference to what the U.S. is trying to achieve is unacceptable.

So, before the Treasury Department issues another press release about yet another sanctions designation, the Trump administration should ask the critical questions. Will there be second and third-order repercussions once these sanctions are announced? Does the target understand the actions it needs to take in order for those sanctions to be lifted? Are U.S. policy goals reasonable or too idealistic? Is Washington prepared to engage in negotiations and provide the concessions that are often necessary to change a foreign government’s behavior? And will more sanctions be counterproductive and harden the resistance of the targeted country, making a diplomatic resolution worse off?