8 Years Ago I Warned the Government Lied About Afghanistan—Will Anyone Listen Now? 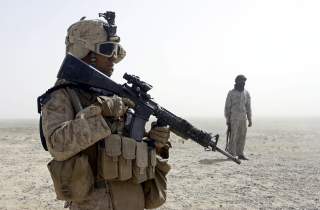 The Washington Post published on Monday morning an explosive, in-depth report exposing how American military and civilian leaders have been systematically deceiving the public, since at least 2003, on the conduct of the war in Afghanistan.

The report may be more painful to me than most, however, because I first publicly exposed our leaders’ duplicity almost eight years ago—yet because the government and military leaders were unwilling to take corrective action. Since then, the war continued without pause and thousands of American service members have since been killed and wounded pointlessly pursuing the unattainable.

My hope is that now, with this comprehensive report detailing how top leaders in three consecutive Administrations have ignored the evidence, the Trump Administration will end the war and bring our troops home. As the Washington Post reveals and I have personally observed, it should have happened long ago.

Former Secretary of Defense Donald Rumsfeld admitted in a private memo to Doug Feith in April 2002, a mere six months into the war, that “We are never going to get the U.S. military out of Afghanistan unless we take care to see that there is something going on that will provide the stability that will be necessary for us to leave.” It didn’t take long to realize no such stable foundation existed—and indeed nearly impossible to distinguish between friend and foe.

The Washington Post’s analysis, based on nearly two thousand pages of notes and transcribed interviews by the U.S. government, found that military leaders “struggled to articulate who they were fighting... Was al-Qaeda the enemy, or the Taliban? Was Pakistan a friend or an adversary? What about the Islamic State (after 2014) and the bewildering array of foreign jihadists, let alone the warlords on the CIA’s payroll?” Even Rumsfeld complained in late 2003—almost two years into the war—that “I have no visibility into who the bad guys are.”

Ambassador Ryan Crocker, who was the chargé d'affaires to Afghanistan in 2002 and the U.S. ambassador from 2011–12, correctly identified that Afghan government corruption was so great that it was virtually impossible to overcome. In a private 2016 interview with government officials, Crocker admitted that once corruption gets to the level he saw, “it's somewhere between unbelievably hard and outright impossible to fix.”

It could have surprised no one in the Obama administration, then, when the Afghan presidential elections of 2009 and 2014 were so corruption-riddled that in the latter case then-Secretary of State John Kerry had to negotiate an extra-constitutional arrangement to create a new position of “CEO” to placate Ashraf Ghani and Abdullah Abdullah, both of whom claimed victory.

It’s neither ironic nor surprising that today, months after the last presidential election, corruption has so marred the process that the same two candidates again both claim to have won and still no winner has been announced. Yet for all the revelations exposed in this Post story, no one should have been surprised by any of these findings, as I publicly made nearly identical charges almost eight years ago.

The New York Times, CNN, and the PBS Newshour all gave considerable airtime and coverage to an unclassified report I made public in February 2012 following my return from my second combat deployment to Afghanistan as an active lieutenant colonel in the U.S. Army.

In the eighty-six-page report, I bluntly stated that “Senior ranking US military leaders have so distorted the truth when communicating with the US Congress and American people in regards to conditions on the ground in Afghanistan that the truth has become unrecognizable.” Without a change in strategy and a return to honest and frank public statements by our leaders, I concluded, “the likelihood of the United States Armed Forces suffering an eventual defeat in Afghanistan is very high.”

As the Washington Post’s report confirms, senior government leaders have known, from the beginning and at all points throughout the eighteen-year conflict, that the war was unwinnable. They knew it was doomed to fail, yet none took action to end the war and bring the troops home. Instead, they allowed it to stumble from one Administration to the next, all the while standing passively by as thousands of American service members are killed and wounded for no benefit to our country.

There was no public outcry in 2012 when I first made these revelations. For the good of our country, I pray that this latest expose provides the spark necessary to compel the government to do the right thing: end the war and end the pointless sacrifice of our uniformed sons and daughters.

Daniel L. Davis is a senior fellow for Defense Priorities and a former lieutenant colonel in the U.S. Army who retired in 2015 after 21 years, including four combat deployments. Follow him @DanielLDavis1.