America Must Not Stumble into a Third Gulf War 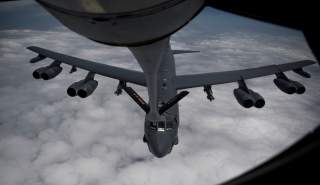 Secretary of State Mike Pompeo claims that Washington is not interested in war with Iran. However, America has ordered all U.S. nonemergency staff and families out of neighboring Iraq. In addition, a recent report by the New York Times said that the Pentagon was given plans to deploy 120,000 troops to the Middle East in the event of a crisis. Given that America previously sent 125,000 soldiers to invade Iraq in 2003, it seems unlikely that a similar number of troops today could be used for anything other than regime change.

A war with Iran is unnecessary and harmful to American interests. Although Tehran is an enemy, there is no immediate danger other than the threat inflation from hawks in Washington, DC. Moreover, a preemptive war would be an overreaction that would cost American lives, money, and bandwidth when deterring China, North Korea, and Russia is more important.

American officials and many pundits in Washington have long-engaged in threat inflation over Iran. Today, unverified claims of heightened Iranian activity and an alleged attack on four oil tankers in the Strait of Hormuz is being used as justification for military preparations.

Previously, legitimate concerns over Iranian missile testing and support for terrorism were used as justification for American withdrawal from the imperfect but still-working Iran Deal. That treaty could have been modified and had been a success, but now it is in jeopardy.

Iran never got a nuclear weapon and still does not have one. Under the deal, International Atomic Energy Administration inspectors gained access to Iran and Tehran shipped about 98 percent of its uranium stockpile to Russia. Iran also destroyed several of its facilities and got rid of 66 percent of its uranium-enrichment centrifuges. In fact, even after Washington left the deal and reimposed sanctions, Iran has remained compliant. As an April 15 report by the Congressional Research Service noted, “U.N. and International Atomic Energy Agency reports since the JCPOA [Iran Deal] began implementation have stated that Iran is complying with its nuclear obligations under the JCPOA.”

But a lack of communication and de-escalation mechanisms, combined with constant threats and pressure, may push Iran to restart its nuclear program for the sake of deterrence. On May 8—one year after America withdrew from the Iran Deal—Tehran announced it would partially withdraw as well. Specifically, Iran would resume enriching uranium to higher levels in sixty days unless the remaining partners in the Iran Deal found a way around U.S. sanctions. Those partners include the United Kingdom, the European Union, China, Germany, and France—all of whom would prefer to continue trading with Iran in order to keep Tehran compliant with the deal.

Iran’s leaders know that it cannot win a war with the United States, but they saw how non-nuclear powers like Iraq and Libya got destroyed whereas nuclear North Korea was able to deter U.S. military action. Americans intuitively understand this and can foresee the fallout from Washington leaving the Iran Deal and re-imposition of sanctions. According to that 2018 Reuters/Ipsos poll, nearly 66 percent of Americans thought leaving the Iran Deal might lead to Iran developing nuclear weapons, and about 50 percent thought a war would be the result.

Yet American actions and official statements give the impression that Tehran is so threatening it might attack despite U.S. retaliation. Axios has reported that both Pompeo and National Security Adviser John Bolton “have been warning of an unspecified ‘escalating threat’ from Iran in recent weeks.” As if this weren’t enough, U.S. nuclear-capable bombers have been conducting deterrence flights close to Iran, and an aircraft carrier battle group has been sped to the region.

Also, sanctions have crippled Iran and caused massive protests as inflation has soared close to 50 percent. Tehran is isolated and weak—it would not do anything that might cause a war unless it thought it was the only way it could survive. Washington’s European allies are also contradicting America’s claims that Iran has become increasingly threatening. Yet Americans are supposed to believe that Iran is somehow so dangerous that a war might be necessary?

War does not make sense and would be at odds with U.S. interests and what the American people want. America never should have withdrawn from the deal and ratcheted up economic and military pressure on Tehran. A 2018 Reuters/Ipsos poll found that 54 percent of Americans supported the Iran Deal and a plurality of 42 percent, wanted to stay in it. Only 29 percent wanted to leave and another 28 percent weren’t sure. This entire unfolding tragedy was avoidable, but there is still time to stop things from getting out of hand.

America’s ongoing wars in the Middle East have come at an enormous cost, and Iran would be no different. One estimate by the Watson Institute at Brown University found that the global war on terror will cost $5.6 trillion when all is said and done. That is a large taxpayer burden and America is still $22 trillion in debt.

Furthermore, the war on terror has resulted in a combined total of nearly half a million military, insurgent, and civilian deaths. As of the Pentagon’s May 14 Casualty Status Report, 6,997 uniformed and civilian Department of Defense personnel have been killed and 52,825 have been wounded.

Meanwhile, surveys show that Americans do not like Iran but they also understand it is not a threat on par with North Korea, China, or Russia. Gallup polls show that since 2015, Americans have consistently ranked Iran as less threatening than those three nuclear powers.

However, Washington’s pressure campaign continues apace against the wishes of the American people and U.S. interests. The Iran Deal should have been maintained and both sides need to come back to the negotiating table. At a time when America is committed to wars in Iraq, Afghanistan, Yemen, Somalia, and Syria, U.S. forces and bandwidth are spread thin. The United States should focus on preventing conflicts and threats rather than looking for another land war in the Middle East.

John Dale Grover is a fellow at Defense Priorities and a senior contributor for Young Voices. He is the assistant managing editor for The National Interest. His articles have appeared in Defense One, Real Clear Defense, The American Conservative, and Fox News.