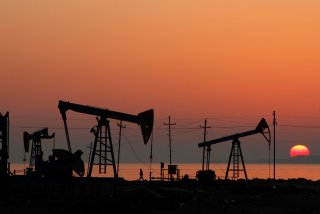 The Caspian region is an important source of oil and gas reserves. Beginning in 1991, the United States began to implement a regional policy that strengthened its geopolitical interests while preparing for any challenges from regional powers.

Since Azerbaijan has regained its independence in 1991, the country confirmed itself as a reliable partner for the West and established a viable producer-consumer dialogue by exporting its energy resources to global energy markets. Azerbaijan’s position and the availability of its own energy resources have enabled the country to become a regional energy and infrastructure hub for global energy markets.

The United States and Azerbaijan cooperate in various spheres, and one of the most important fields of cooperation is the energy sphere. The United States supported important energy projects such as the BTC oil pipeline and Baku-Tbilisi-Erzurum gas pipeline, also known as the South Caucasus Pipeline, which allowed Azerbaijan to bypass Russia while exporting its natural resources to global energy markets. It is in the U.S. interest to support future discussions between energy-rich Caspian basin countries and possible transit countries, and to facilitate future energy projects.

After the 2020 U.S. presidential elections, there are various opinions about the impact on global energy markets, because Republicans and Democrats used to have different strategies on energy issues. Republicans focus on the importance of fossil fuel expanded production, while Democrats support an alternative vision such as rapid decarbonization through massive investment in clean energy infrastructure.

It should be also noted that clean energy and the environment are mostly prioritized in the European Union, and member states support this policy as an integral part of energy policy developments. Hence, the European Green Deal aims to make the EU’s economy sustainable. The pact indicates natural gas as one of the main energy sources for the future. Consequently, the incoming Biden administration, in consideration of its European allies’ energy security, should reaffirm its commitment to supporting natural gas supply from the Caspian and Central Asian regions to European energy markets. Under the Trump administration, the United States clearly indicated its interest in promoting, achieving, and maintaining energy security among, and through, cooperation with its allies. This primarily took the form of supporting European efforts to diversify away from natural gas supplied by Russia.

One may argue that traditional energy resources will not be an important factor in U.S. strategy, but natural gas will remain an integral part of the energy transition to cleaner energy sources. Together with renewables, natural gas is the key component for diversification, which may successfully replace coal in the future.

Towards this end, Azerbaijan continues to successfully cooperate with partners and support inter-regional Southern Gas Corridor (SGC) energy projects. It is worth highlighting that the SGC is very important for the EU as a new gas source and supply route. Diversification of supply sources and routes is vital for EU energy security. Azerbaijani gas supplies will reach South Eastern, Central, and Western Europe, and those regions have high gas dependence on a few suppliers.

The SGC opens the window for the export of new gas sources from Central Asia to the European gas market. In this regard, the EU and United States support the connection of the Trans-Caspian Pipeline (TCP) with the SGC. The TCP can become a complementary element of the SGC, and access to Turkmen gas sources could play a significant role in EU energy security.

Currently, the main export routes for Turkmen gas are through China and Russia. China is the largest importer of natural gas from Turkmenistan. For example, in 2019, Turkmenistan exported to China over 30 bcm (billion cubic meters) of natural gas via the Central Asia-China gas pipeline. However, it should be noted that a high dependence on China as well as gas price disputes with Russia are a major problem for Turkmenistan; therefore, it is in Ashgabat’s interest to diversify its export routes. Turkmenistan, the EU, and the United States should intensify their dialogue and promote the TCP more actively. Azerbaijan welcomes all negotiations between Turkmenistan and involved parties, as well as supports all regional economic cooperation. But in the end, it is between Turkmenistan and the EU to reach an agreement, an outcome which is also in the U.S. interest.

In analyzing the U.S. strategy for the Caspian and Central Asia, one can see that U.S. policy is mainly to facilitate the export of energy resources to global energy markets and promote regional energy independence. To that end, the cooperation between Azerbaijan and the United States is continuing successfully. This past year, all sections of the SGC have been completed successfully. On November 15, the gas transportation system via Greece, Albania, the Adriatic Sea, and Italy began commercial operations. Thanks to the Trans-Adriatic Pipeline (TAP), Azerbaijani gas from Shah Deniz 2 stage reached the European gas market. The European Commission has already welcomed the start of the operations of the TAP.

All the aforementioned efforts show that Azerbaijan has completed important energy infrastructure and that the availability of such energy infrastructure is a real chance for Central Asian countries, especially Turkmenistan, to diversify their export routes and enter the European gas market. Therefore, rich Central Asian gas sources make the construction of the Trans-Caspian Pipeline highly important, and the ultimate goal of the project supporters should be to realize it as soon as possible.

Additionally, along with energy issues, the Biden administration has to focus on security and full economic integration. The Armenian-Azerbaijani conflict was a real challenge not only for the security of the South Caucasus but also for the whole Caspian region. The forty-four-day Karabakh War of 2020 has finally resolved the long-lasting bloody conflict, as Azerbaijan managed to restore its territorial integrity. Now, during the post-conflict period, Washington must play a more active role and support the peace process and regional economic integration.

In short, the United States can concentrate on supporting Azerbaijan’s energy position in the region. Turkmenistan has limited options as to how it can supply its energy resources to the European energy markets, as their main export goes either to Russia or to China. The United States can gather other energy-rich countries in the region under its umbrella but, considering the increasing role of China as an energy player, must act quickly. Caspian and Central Asian energy resources will be vital for energy security in the long-term.