American Exceptionalism Requires a Foreign Policy of Realism and Restraint 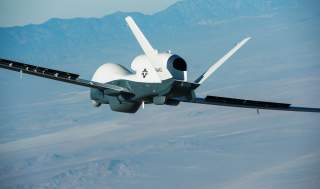 The election of President Trump has sparked significant debate about America’s role in the world and the meaning of American exceptionalism. Is American leadership indispensable to the world, or have we overstretched our military resources at the risk of our own security and fiscal solvency? Are the increasingly influential realists on the political left and right more clear-eyed than the idealists who have led U.S. foreign policy since the end of the Cold War, or are they just neo-isolationists who want to empower geopolitical competitors?

Such debates aren’t new. They’ve been ongoing in some form since early American leaders argued over the young republic’s relations with England and France. This core argument of U.S. foreign policy was revived as Trump won the Republican nomination while denouncing his party’s support of the Iraq War and defeated former Secretary of State Hillary Clinton, an ardent internationalist.

Yet in office, Trump’s record has been inconsistent, straddling the line between realism and idealism. He has continued his rhetorical attacks on international organizations like the North Atlantic Treaty Organization and seeks to improve relations with Russia and North Korea. However, Trump also has a more belligerent policy toward Iran, China, and Venezuela.

For most establishment leaders on both sides of the aisle, the post-Cold War consensus around the U.S. role as champion and chief evangelist of the liberal world order remains in vogue. Any mistakes in this pursuit are blamed on tactical errors or deviations from sound ideology—say, former President George W. Bush’s poor planning in Iraq or the Obama administration’s lack of commitment in Syria—but not acknowledged as cause to question this de facto grand strategy. It’s the obstinate mindset Leo Tolstoy wrote about in War and Peace as he describes a military planner who “in his love for theory … hated everything practical and did not want to know about it. He was even glad of failure, because failure, proceeding from departures from theory in practice, only prove to him the correctness of his theory.”

American exceptionalism—the concept that American values, governing doctrines, and history are unrivaled and require the United States to involve herself uniquely in global affairs—is often used by politicians to justify expansive international meddling and military intervention for the lofty goals of global prosperity and security. But true exceptionalism calls for policies of restraint and realism towards other nations. We must preserve those characteristics that make the United States exceptional and offer them to the world by example, not force.

This is not neo-isolationism, but rather a historical view of how our nation’s unique qualities developed. Geographical advantages allowed the American experiment in self-governance to take place with little foreign interference or influence, something that was impossible in Europe. The first 130 years of America’s existence was focused largely on domestic development and growth.

The World Wars and the threat of communist ideology required the United States to become more involved in global matters during the twentieth-century, but our historical default has always been a defensive outlook that is protective of our values and wary of a costly and reckless foreign policy that could threaten them.

George Washington famously warned against “foreign entanglements” in his farewell address, and Thomas Jefferson pledged “Peace, commerce, and honest friendship with all nations—entangling alliances with none.” Modern observers may dismiss these as the fear of a fledgling nation against the threat of colonial Europe. But this distinctly American aversion to imprudent foreign policy persisted long after the founding era. “All the armies of Europe and Asia...could not by force take a drink from the Ohio River or make a track on the Blue Ridge in the trial of a thousand years. No, if destruction be our lot we must ourselves be its author and finisher. As a nation of free men we will live forever or die by suicide,” said Abraham Lincoln.

Lincoln understood there would always be few existential threats to the United States from beyond our borders. That exceptional security frees us to pursue a defensive foreign policy, leading the world by example instead of through war. The preservation of our exceptionalism, not its export, should always be our highest priority on the global stage.

Robert Moore is a public policy advisor for Defense Priorities. Having spent nearly a decade working defense and foreign policy issues on Capitol Hill, Robert has extensive knowledge of, and experience with, the policy-making process, including how Congress shapes U.S. national security. He most recently served as the lead staffer for Sen. Mike Lee on the Senate Armed Services Committee. He also advised Sen. Lee on matters of foreign relations, intelligence, homeland security, and veterans affairs. He previously worked as part of Sen. Jim DeMint’s national security team.