American Leadership Under Joe Biden Would Not Equal American Interventionism 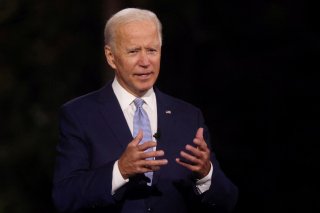 In a recent op-ed in The New York Times, Emma Ashford argued that a Joe Biden foreign policy would be a “return to a narrow Washington consensus that has failed our country and the world.” She asserts that a Biden administration would overutilize the military when responding to foreign policy challenges, driving America into a longer War on Terror, extended humanitarian interventions, and a more confrontational approach to China and Russia, all of which would leave Americans and the world less safe. This characterization of Biden’s foreign policy is incorrect, and it dangerously conflates American leadership with American military interventionism.

Some of the greatest national security threats the United States faces today include our broken democracy at home, climate change, deadly global diseases, disruptive technologies, and rising food insecurity, among others. Ashford is right to point out that these risks will not be mitigated through overzealous military confrontation. But she is wrong to say that Americans will be safer if the United States retreats from the global stage. Instead, these challenges will require leading through diplomacy and collective action. To keep Americans safe, the next president must strengthen relationships with diverse coalitions of countries, recalibrate international institutions to the challenges of the twenty-first century, and embrace a non-zero-sum approach to foreign policy.

Managing the spread of disease is a case-in-point. When Ebola began spreading rapidly through West Africa in 2014, the United States responded by forging an international coalition of regional and international partners, and then leading a rapid response team of health care professionals on the ground. This collaborative containment policy was immensely successful in stopping the spread of the deadly disease; in less than three months, Ebola cases were down from 2,032 to 371 cases in Liberia, Guinea, and Sierra Leone.

This approach is in sharp contrast to President Donald Trump’s approach to coronavirus, which has killed over 180,000 Americans to date. As Senator Mitt Romney said recently: “We have 5 percent of the world’s population but 25 percent of the world’s deaths due to COVID-19, and there’s no way to spin that in a positive light.” Rather than building relationships to control the spread of the virus and investing in collaborative global vaccine research and development, President Trump has announced America’s withdrawal from the World Health Organization (an institution the U.S. helped create) and resorted to xenophobic and petty name-calling of the virus. Extracting ourselves from the WHO has given China greater authority and control over the world’s premier global health institution, an outcome counterproductive to President Trump’s stated goals. Though China’s handling of early virus data should be rightly criticized, taking ourselves out of the WHO only removes us from the conversation and makes it more difficult to hold China accountable for potential foul play.

This is far from a premiere example of effective American foreign policy, and though, as Ashford notes, Trump’s foreign policy approach may be providing Americans an opportunity to “question” common assumptions about America’s role in the world, moves like this one actively undermine the health and safety of American citizens. Are American lives really worth such an intellectual exercise?

In contrast to President Trump, former Vice President Biden has outlined a foreign policy that emphasizes strengthening our democratic institutions at home and rebuilding coalitions abroad. As he wrote in Foreign Affairs this past March, “diplomacy should be the first instrument of American power,” and the United States must reposition itself at the head of the table to effectively organize cooperative action. In line with Ashford’s critique of post-Cold War era American adventurism, Biden recognized that “American leadership is not infallible; we have made missteps and mistakes. Too often, we have relied solely on the might of our military instead of drawing on our full array of strengths.”

Biden has also noted the importance of focusing resources on strengthening our own institutions and ensuring that our economic growth includes everyone, not least of which as an effective counter to rising authoritarian capitalism. This diplomacy-first and leading-through-example approach is in sharp contrast to Ashford’s depiction of a Biden foreign policy, where the United States would be entangled in numerous ill-defined, never-ending military conflicts.

There is much to do to improve America’s role in the world. But a retreating America will not make Americans safer or healthier, nor will it lead to better outcomes for the globe—on the contrary, the vacuum in leadership is likely to be filled by resurgent authoritarian great powers, which do not share our commitment to international human rights norms, environmental protection, or democratic institutions. Current global challenges demand cooperative action with decisive leadership. It’s a time for leading, not retreating.

Bailey Ulbricht is a J.D. Candidate at Stanford Law School and the Founder and Chair of Paper Airplanes.