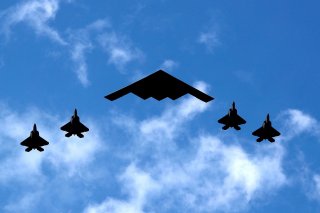 A progressive proposal to cut U.S. spending by ten percent in order to deal with the coronavirus pandemic is gaining steam as Congress prepares to pass its next military budget.

The amendment is unlikely to pass the Republican-controlled Senate, but support from Schumer indicates that both the progressive and moderate wings of the Democratic Party are coalescing around steep defense budget cuts. And the coronavirus pandemic may be driving the shift.

“In the wake of coronavirus, you see a lot of communities thinking this money would be better spent elsewhere,” explained Mandy Smithberger, director of the Center for Defense Information at the Project on Government Oversight, speaking at a Tuesday conference call hosted by Defense Priorities.

The Sanders-Pocan amendment would cut each Department of Defense account except for payroll and healthcare by fourteen percent, reducing the total $740 billion military budget by ten percent. The money would be reassigned to a grant program for local governments in high-poverty areas.

Sanders advertised the amendment as a way to fight poverty in the midst of the coronavirus pandemic, arguing in June that America needs to “fundamentally change our national priorities” in response to “the worst public health crisis in over 100 years and the most severe economic downturn since the Great Depression.”

“It pins down some kind of marker that shows who the beneficiaries of defense spending cuts would be,” he said at the Tuesday conference call.

Republicans have pushed back arguing that the rise of rival power makes defense spending more important now than ever.

“A credible military deterrent doesn’t come for free,” wrote Sen. Jim Inohfe (R–Okla.) in a Daily Signal op-ed on July 2. “[W]e need the platforms, equipment, weapons, personnel, and resources that allow us to compete successfully against China and Russia.”

He argued that Democrats are presenting a “short-sighted” choice between “a short-sighted attempt to funnel more and more money into liberal domestic priorities, or responsibly fund[ing] and invest[ing] in our national defense to protect American families.”

The Sanders-Pocan amendment is unlikely to pass the Senate, which is controlled by Republicans. Sen. Jack Reed (D–R.I.), the highest-ranking Democrat on the Armed Services Committee, has also signaled his support for even higher military spending.

Progressives have acknowledged that their effort is a longshot, with Rep. Barbara Lee (D–Calif.) telling The Intercept last month that the proposed budget cuts are meant to “start educating our colleagues and the public about the real savings that could occur in the defense budget.”

They may be far more successful at that plan.

“In most years, defense spending is not a big campaign issue,” Friedman said. “This year, with all the concerns about coronavirus, it might be.”