The Case for U.S. Offshore Balancing in the Middle East 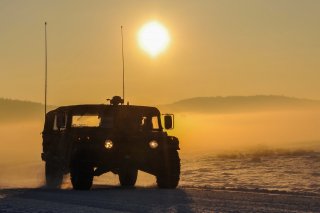 Advocates of U.S. military participation in the Middle East, including continued participation in civil wars in Yemen, Libya, and Syria, argue that U.S. departure will leave a vacuum for rivals like Russia, China, or a local power like Iran to fill. They are wrong: The Middle East’s messy balance of power assures that no rival will much profit from a U.S. exit. A military presence in the Middle East is less a prize we should fear others will snatch than a burden we should want our worst enemies to bear.

Two events in 1979 set the course for today’s U.S. quagmire in the region. The first was the Iranian Revolution, where the U.S. lost a strong ally and lynchpin of its regional security to a new and strongly anti-American government. The second was the Soviet invasion of Afghanistan. Taken together, these events, which were mostly unconnected save in timing, created fears of a cascade effect similar to the “Domino Theory” that had fueled U.S. fears of Cold War losses in Southeast Asia in the previous decade. The events also inspired an unprecedented wave of destructive sectarianism.

Events would soon show, however, that such fears were misplaced. The anti-American regime in Tehran did not become pro-Soviet. Soviet intervention in Afghanistan ended up weakening Moscow’s global position. Neither actions undid the gains the United States had made in the region earlier in the decade by flipping Egypt from a pro-Soviet to a pro-U.S. alignment. Any ambitions Iran might have had were soon checked by Iraq’s invasion in 1980 and then by a coalition of Saudi Arabia and smaller Gulf nations aligning against it.

The success of the Cold War, and then the Gulf War expelling Iraq from Kuwait, invited excessive ambitions. This included the attempt to dually contain both Iraq and Iran with U.S. forces in the Gulf, while heavily sanctioning both, despite their being hostile neighbors who could balance and check each other’s ambitions. In the 2000s, regime change rather than counterbalancing became U.S. policy. The efforts to topple the governments of Iraq and Libya were successful, but the outcomes were disastrous for regional stability and long-term American interest. The attempts at covert regime-change operation in Syria simply failed outright, while generating an upswing in extremism. Further expansion into the Middle East was not a net gain to the United States. Other powers could either learn from this or risk a repetition at their own peril.

In unstable regions, regime survival is the state’s foremost goal. Rulers’ legitimacy depends on whether domestic audiences view them as guarantors of respect and sovereignty in dangerous regions. Being a medium or small country aiming for regional security from local threats is upheld by maximizing apparent independence on the world stage.

Power in the Middle East is distributed among regional powers such that a dominant actor is unlikely to emerge through conquest or alliance. This is true whether one’s analysis looks at the balance of power, where states react to raw capability, or the balance of threat, where states also consider each other’s hostility or revisionist intent.

Turkey, Iran, Saudi Arabia, Israel, and Egypt all are power poles who would oppose one of the other’s bids at regional hegemony. All have minor allies, both state-based and non-state actors, who in turn have long-term hostilities with each other. The Syrian Civil War puts Iranian junior allies in direct combat with Turkish proxies. The Saudi Arabian/United Arab Emirates rivalry with Qatar risks stoking Turkish ire against them. In Libya’s ongoing civil war, Egypt is countering Turkey’s growing role in the region due to the latter’s support for Muslim Brotherhood aligned factions in that conflict. Turkey meanwhile has moved militia forces it backs from Syria to Libya. In fact, several countries that loosely form an anti-Iran coalition are now also considering taking steps to counteract a Turkish push in the region.

Smaller states prone to destabilization from outsiders like the United States are increasingly a source of regional rivalry. Qatar’s gas wealth has allowed it to exercise influence in media and by funding rebels in Syria and Libya. The United Arab Emirates, a staunch Saudi ally, has moved to open formal relations with Israel in order to strengthen its regional position against Iran.

These trends show is the ability of regional actors to counterbalance despite widely different domestic structures of governance. Something similar occurred with the Iranian-Syrian “Axis of Resistance” in the Cold War, where secular Baathist Syria and theocratic Iran joined forces against Iraq and Saudi Arabian regional influence. Arguably, the region now has three alliance networks, with Iran, Turkey, and Saudi Arabia as the distinct leading nations of these centrifugal forces.  This decentralization of power in the Middle East prevents the rise of a regional hegemon.

A related argument getting out of the region says that a major U.S. rival—Russia or China—will benefit from a U.S. exit. The fear is in some ways a traditional one: worries that the Soviet Union would conquer much of the region and gain power from oil revenue were a prominent part of U.S. Cold War policy. That scenario was the prime justification for a “Carter Doctrine” which was adopted after the Soviet invasion of Afghanistan and threatened to use force to prevent Soviet incursions in the Persian Gulf region.

The sense of that policy at the time is questionable, but it makes far less sense today. The Middle East has become far less important to energy production due to added production elsewhere, particularly in North America.  It’s true that instability in the Middle East can still increase global oil prices. But the global economy is far more resistant to oil shocks than it once was due to the diversification of sources and productive regions with more advanced monetary policy and a greater ability to quickly modify extraction to meet demand. With less to be gained from deploying forces near oil one can more easily buy downstream, the prospect of conquest in the region is less useful to an outside power.

The idea of U.S. competitors being able to militarily dominate the region, whatever their desire, is highly doubtful. Neither China nor Russia could avoid the nationalistic or sectarian resistance that bedeviled recent U.S. occupations, and their militaries are even less capable of occupational warfare. It is more sensible to welcome rivals’ inheriting the instability, struggles, and grievances that the U.S. has found so vexing than to guard against it. We can now see the great financial and logistical cost that Russia has incurred shoring up its already existing Syrian alliance. Even a joint victory with Iran in that conflict will likely end with divergence between Moscow and Tehran over Syria’s future.

Moreover, the region’s rivalries mean that growing ties with one country are likely to decrease those with its regional rival. No country is currently positioned to, for example, bring Saudi Arabia and Iran under its common security umbrella. A push for hegemony would be an unwise strategy for U.S. rivals to pursue in the region

One might argue that a combined Chinese and Russian bid for Middle Eastern hegemony is a more likely prospect. But that is unlikely in any scenario, especially one where the U.S. leaves.

Ties between Beijing and Moscow are situational and based on counteracting a globally hegemonic United States. In the Middle East, China takes a distant and aloof approach, while Russia acts in accordance with its alliance with Syria and in reaction to its rivalry with Turkey.  A more distant U.S. focus will, if anything, keep them from coordinating.

Many analysts are now concluding in favor of a U.S. withdrawal from the Middle East and adoption of an offshore balancing position. The most likely criticism of this position is that it is surrendering the region to one or more great power rivals. This is not true. Any power who decided to replace the role vacated by the U.S. will find itself in at least as much of a quagmire – only with far less resources to manage it. More likely, having witnessed the experience of Washington’s interventionism in the region in recent decades, they will simply opt out and move instead towards a more distant and economic-centered approach. Either way, the United States can strengthen its position less with bases and permanent alliances and more with the sober diplomatic behavior of a trustworthy yet distant maintainer of a balance between powerful nations.

Christopher Mott is an international-relations specialist and author of The Formless Empire: A Short History of Diplomacy and Warfare in Central Asia.