Did Donald Trump Just Start a War with Iran? 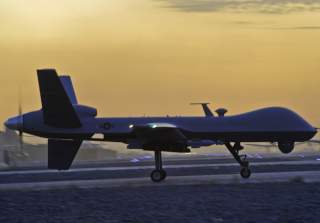 The U.S. drone strike that killed Major General Qasem Soleimani, one of Iran’s top military leaders, is an extremely provocative incident. It triggered immediate vows of retaliation from Tehran, and there is every reason to assume that the clerical government intends to fulfill those vows. Soleimani was the commander of the Quds Force, which coordinates military and intelligence operations with Iran’s allies in Syria, Lebanon, Iraq, Yemen, and other countries, making him an especially crucial figure in the Middle East’s bruising geopolitical struggles.

Washington’s strike is the latest move in a dangerous tit-for-tat escalation over the past week that began with an assault by a pro-Iranian Iraqi militia that killed a U.S. “civilian contractor” at a base in Iraq. Washington launched retaliatory attacks on several militia installations in both Iraq and Syria. Demonstrators in Baghdad, egged on by militia leaders, then stormed the U.S. embassy, occupying part of the building and forcing staff members to take refuge in a special safe room. President Trump warned that Iran would “pay a very high price” for the embassy siege. The killing of Soleimani appears to have been that “very high price.”

But Washington’s move constitutes a reckless escalation. It is a huge provocation that Iran almost certainly will not (indeed, cannot) tolerate. The drone strike especially puts Iraq’s leaders in an impossible position. The current, fragile government already is under intense pressure from demonstrators because of widespread dissatisfaction with economic conditions, political corruption, and other issues. Those demonstrations have resulted in the deaths of hundreds of civilians at the hands of government security forces and forced the resignation of Prime Minister Adel Abdul Mahdi at the end of November.  Exacerbating those already severe problems, the long-standing, simmering campaign by pro-Iranian militias and other Shiite factions to expel U.S. forces may reach a full boil because of Soleimani’s assassination. Iran is well-positioned and has every incentive now to stoke those tensions to the maximum.

Iran’s retaliation for the drone strike may not occur immediately, but it will happen. Western leaders tend to worry the most that the Tehran regime will seek to disrupt shipping in the Persian Gulf and perhaps even try to close the vital Strait of Hormuz. Hawkish retired Admiral James Stavridis notes that Iran has “exceptionally strong asymmetric warfare capability” in several areas. “Cyber [attacks], swarm small-boat tactics, diesel submarines, special forces, and surface-to-surface cruise missiles are all high-level assets.” Stavridis added that “they are also very experienced at employing them in the demanding environment of the Middle East.”

Such a direct military move is possible, but other, murkier scenarios are more likely. As I discussed in a June 30, 2019, National Interest Online article during an earlier crisis, Iranian leaders have an abundance of options for making America’s Middle East presence even more dangerous and less rewarding than it is now. Tehran might well call upon its network of Shia political and military allies throughout in the Middle East to create havoc for the United States. Iran maintains very close ties to Hezbollah in Lebanon and Shia militias in Syria. The residual U.S. force deployed in the latter country could be especially vulnerable to harassment and lethal attacks. And one should not ignore or discount the potential role of the oppressed Shia majority in Bahrain. If their seething discontent at the pro-Saudi Sunni monarchy that Washington backs explodes into outright conflict, the Trump administration could find it very difficult to continue basing the U.S. Fifth Fleet in Bahrain.

But it is the animosity and strength of the Shia militias in Iraq that should give Washington nightmares. Those factions already dislike the United States and want U.S. military forces out of their country. The attack on Soleimani gives them an even greater incentive to intensify their opposition, because Washington’s drone strike not only killed the Iranian general, it killed the leaders of two of the strongest militias. If the Trump administration had deliberately sought to make the U.S. military presence in Iraq extremely perilous, it could not have adopted a more effective measure.

American hawks, including Secretary of State Mike Pompeo and some other high-level Trump administration officials, have long wanted either a war with Iran or that country’s outright capitulation to Washington’s policy demands. They may now get their wish regarding the first option. People who assumed that America’s Middle East headaches couldn’t get any worse likely are in for an unpleasant surprise.