Focus DOD On Its Warfighting Mission 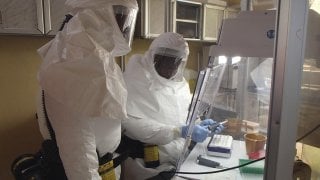 The Department of Defense exists primarily to fight the nation’s wars, but over the years, it has accreted a wide variety of functions, infrastructure, and headquarters that add little or nothing to this mission. Instead of changing the strategy, DoD should eliminate or transfer to civilian agencies those functions that do not directly support warfighting. Many commentators have proposed such an approach in concept (Cut duplication! Eliminate overhead!) but then recoil in horror at the decisions involved. Here’s what such an approach ruthlessly applied would entail.

First, eliminate functions that DoD should not be doing at all:

Stop running a domestic school system for dependents. No company in the world runs its own school system, but DoD does, both overseas and at home, at the cost of $2 billion per year. The need for an “American” school system overseas is well accepted, but the need for 51 DoD schools at home has faded with time.

Transfer to civilian agencies all medical research unrelated to warfighting. Because DoD has deep pockets, Congress has charged it with doing medical research on a wide variety of non-warfighting conditions from breast cancer to autism, multiple sclerosis, dementia, and Parkinson’s disease.

Cut headquarters, which have grown even as forces get smaller. Congress and the executive branch create headquarters to indicate the importance of particular functions, rather than make the hard decisions to increase funding or programs. This expansion needs to be reversed. Although headquarters cuts do not save a lot of dollars, they do eliminate many senior positions.

Eliminate the service secretaries and their staffs. These are remnants of an earlier era when the Joint Staff and Office of the Secretary of Defense did not exist.

Merge AFRICOM back into EUCOM. AFRICOM has no forces, its headquarters is not even on the continent, and it just serves to get the United States involved in obscure conflicts.

Disestablish the Space Force. Space is an important domain, but it does not need a dedicated military service with all of the overhead that goes with that. Space Command, a separate joint headquarters, provides the necessary operational control of space operations.

Eliminate the service component commands within the combatant commands. These large but obscure commands function, in effect, as service advocates in the joint headquarters.

Close unneeded bases. The excess has been documented, the process is proven, and the past savings have been real.

Get military personnel out of commercially supportable activities. Military personnel are extremely expensive, difficult to recruit, and hard to retain. As a result, they should be used only for those tasks that must be done by the military. Other tasks should be done by either civilian employees of the government or contractors, both of whom are easier to recruit and (generally) less expensive when all benefits and support costs are considered.

Focus medical benefits on the active-duty force and increase costs for retirees. Tricare for Life, in effect a free Medicare supplementary insurance for military retirees, costs nearly as much as the F-35 program yet gets no outside attention.

Align Veterans Administration benefits with service performed. The need “to care for him who shall have borne the battle, and for his widow, and his orphan” is inviolate. However, what does the nation owe to someone who served two years at Cocoa Beach? Should that include lifetime health benefits? Although VA benefits are outside the formal national security budget, they are ultimately driven by military needs.

Collectively these changes would probably not achieve the targeted $500 billion in savings (though they might get close with an aggressive effort on veterans benefits), but they would have the enormous benefit of closing the resources-strategy gap without having to give up major post-war foreign policy goals. As the Obama administration learned in Europe and Iraq (and the Truman administration learned in Korea), it is easy to limit goals in a speech but hard to sustain that limitation in a crisis.

This article by Mark Cancian first appeared at Defense Priorities.