Glitches in the System: A Call for Transformational Change in the U.S. Nuclear Community 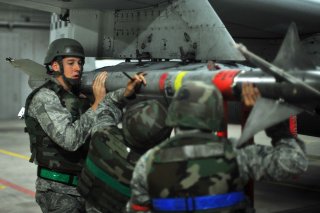 Institutional investment in individuals and their ideas not only encourages diversity and inclusion but will result in transformational change in all aspects of the nuclear community.

She highlights how those in power feel the benefits of nuclear technology while marginalized communities are the ones who often carry the burden. These types of power imbalances demonstrate the need for systemic change in how we create nuclear policy and understand who that policy impacts.

The nuclear system has continued to shift since World War II when the nuclear powers and their allies utilized an “us versus them” competitive perspective. The COVID-19 pandemic and climate change make it painfully clear that further change in this system is needed, specifically the rhetoric and norms, to create policy that reflects this new mindset, as well as being cognitive of who is being impacted by the policy decisions.

Dr. Turner posits that to understand the nuclear system and how it operates, one must look at glitches and why they occur as they can reveal the system’s limitations. "When you have a system, and it is operating well most of the time—how it is intended to operate—but then you have a glitch of some sort, [the glitch] is telling you something about the system. It is telling you how it is intended to work and how it isn’t intended to work," Dr. Turner says to Press the Button co-host Michelle Dover.

Even further, a glitch in the system illuminates the boundaries and contours of the system, Dr. Turner explains. A nuclear accident would be an example of a glitch since it should not be occurring in the system due to safety protocols that are in place.

A nuclear accident’s impact shows how the system is working versus how it is intended to work. Whether victims receive sufficient compensation, face a social stigma, or can eventually return to their homes depends on the willingness of those in power to invest in addressing the accident’s consequences.

In the spaces where the nuclear weapons and energy sectors overlap, Dr. Turner argues that nuclear technology is especially susceptible to a power imbalance, where those making decisions are the least likely to experience the weight of their actions. “The burdens of nuclear [technology] are squarely on communities. They’re oftentimes specific communities — whether their indigenous, largely black and brown people all over the world.”

Dr. Turner encourages applying an epistemology lens—identifying what is considered knowledge and expertise—to better understand the power dynamics and inherent biases in a particular system. “Whether that lens is through a US perspective, Western perspective, or Imperialist perspective—specific lenses are a contour of the field,” Dr. Turner tells podcast listeners. Ultimately, defining the nuclear field through a specific lens is not sufficient, as it leaves out important questions and other perspectives. This is very common in academia as well as in policy.

Relatedly, many experts lack the recognition of the nuclear system, which means diverse perspectives are often excluded. To be deemed “an expert,” an individual needs support from an institution, Dr. Turner explains. Although institutions typically have specific perspectives, there are ways to improve their diversity and inclusiveness – and ways not to. Dr. Turner argues that institutions should not take “text based on feminism, anti-colonial, anti-racist and critical race theory from people who have that expertise and then [simply put] that into [their] ivory towers.” Instead, the nuclear community should invest in people and their ideas, providing them opportunities and hopefully jumpstarting meaningful change within the system. The result would be a continuing shift in an equitable manner, in a way that understands and acknowledge our part in making that happen.

Dr. Turner urges listeners to question their positionality in the system: “At an individual level, if everybody could examine not just their burdens and how different systems with power impact them, but also how they benefit… [because] everyone has something. We all don’t have equal things, but everyone has something.”

To understand more meaningful ways of implementing changes to the system and challenging our own beliefs, listen to the entire interview with Dr. Katlyn Turner on Press the Button.

Angela Kellett is the Roger L. Hale Fellow at Ploughshares Fund, a global security foundation. Her work focuses on nuclear policy and conflicts in the Middle East. You can follow her on Twitter @angiekellett.