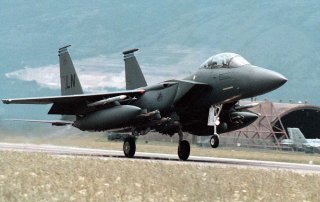 Sen. Tom Cotton’s statement on the novel coronavirus pandemic started with the standard encouragement we expect from public officials in times of crisis. “I have every confidence America will once again marshal the resolve, toughness, and genius of our people to overcome [this] serious threat to our health and well-being,” he said. But then the Arkansas senator continued, saying “we will hold accountable those who inflicted it on the world.” Shortly thereafter, responding to a tweet which interpreted the line to mean “China will pay for this,” Cotton simply wrote, “Correct.”

What sort of retaliation Cotton has in mind isn’t clear—though his reckless, military-first foreign policy record suggests troubling possibilities. But whatever Cotton’s agenda, a posture of international antagonism is exactly the wrong idea in a moment like this. U.S. foreign policy can help us face and overcome COVID-19 if our government is willing to engage in productive, realistic diplomacy instead of aggression and to stop wasting limited resources on useless overseas adventurism which fosters chaos abroad and does nothing for our security at home. Now is the time for cooperation and peace.

Voices across the political spectrum have urged an end to partisan blaming and shaming in our domestic coronavirus response, but Washington should stop trying to score political points over the crisis in foreign policy, too. Trump administration officials and congressional leaders who insist on adding criticism of China to every public comment on COVID-19 are not benefiting public health. A defensive and angry Beijing is less likely to share literally vital information with us and more likely to pump out anti-American propaganda. Escalating U.S.-Chinese tension is dangerous for ordinary people in both countries, even if it never reaches the point of military conflict.

“A lot of these emotional and punishment policies will over time come back to bite us,” Paul Haenle, who worked with China as a former National Security Council official in the George W. Bush and Barack Obama administrations, told Politico. “It is in the United States’ interests to prevent the epidemic from becoming a global pandemic,” Haenle argued in a recent essay. “Especially during this uncertain and challenging time for the bilateral relationship, it is vital that channels of communication stay wide open and that the United States puts its best foot forward.”

That’s certainly the case with China, but it’s also important where our European allies are concerned. Strong historic ties can fray or even break if good diplomatic relationships are not maintained under such duress. President Trump’s reported attempt—confirmed by Berlin—to buy exclusive access to a German company’s developing COVID-19 vaccine for American use only was a ghastly and unethical misstep. Germans are predictably furious that Trump would try to exclude them from vaccine access, particularly as the company in question intends to produce the vaccine “for the whole world, not for individual countries.” This is the kind of unforced error that can and must be avoided going forward.

Just as crucial as these diplomatic measures are re-prioritizing our use of limited resources. Nearly two decades of war in Afghanistan, Iraq, Syria, Yemen, and elsewhere in the Middle East and North Africa have been costly, counterproductive, and deadly for American troops and innocent local populations alike. It was unwise to continue fighting these endless wars before the novel coronavirus appeared. Now, this interventionist foreign policy is a “luxury” we cannot afford. Washington must exit these conflicts immediately and allow local political processes to negotiate sustainable resolutions that account for the unique cultural and religious factors in play. Wasting precious resources on needless wars in a time of pandemic is truly indefensible.

Fears about the effects of COVID-19 may prompt some in Washington to want to lash out at other nations, whether through rhetorical, economic, or military means. An emotional reaction in such a troubling time is understandable, yet it will only make matters worse. U.S. foreign policy can help defeat the novel coronavirus if our government is willing to foster positive international relations and abandon pointless conflicts that sap our strength.