Impeachment Is Damaging America In One Nearly Forgotten Way 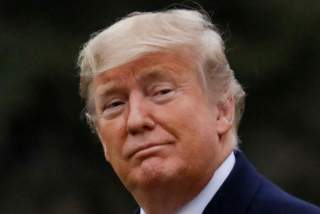 The Senate impeachment trial of President Donald Trump is one of those stories that grates the soul of the nation. The entire impeachment drama has further tribalized American politics, divided region against region, and turned civil discourse into one long, obnoxious, migraine-inducing experience.

If that sounds overly dramatic, consider this: public opinion polls have barely changed over the last three months on the question of whether Trump should be removed from office. The country is essentially split down the middle, confirming in the minds of many that the American Republic is resembling a house on weak stilts.

The mainstream conclusion about the impeachment deliberations is that Donald Trump, Republicans, and Democrats—really, everybody caught in the web of this sad episode—are dragging the American body-politic through the mud and damaging the American people’s faith in their system of government (one could make a solid argument that American politics was a toxic wasteland far before Trump became a presidential candidate). But there is also a potential for impeachment to severely impact the foreign policy debate in this country. In fact, it already has.

Foreign policy is a tough business even on an uneventful day. Policymakers and the political leaders they serve need to cut through the murkiness in order to see the world in as clear a lense as possible.  Sometimes an overseas crisis is so convoluted that the only thing a president and his team can do is manage the problem and mitigate its negative effects on the United States. It’s quite rare when the stars align perfectly or when a situation is so easily explainable that settling on a policy is as carefree as walking the beach on a sunny day.

Nor is foreign policy a black and white morality play where good always triumphs over evil. Depending on the balance of power, evil can come out ahead. In many instances, there is no good and evil to begin with.

No decision is cost-free, even if it appears that there is only one desirable option on the table. Imposing a no-fly zone to protect civilians against a dictator can quickly transform into a mission where ousting that dictator is the sole barometer of success—an outcome that could very well create more hardship and a different set of problems for the very civilians you purportedly aim to protect. Sending weapons to one side of a conflict to bolster “the good guys” can just as rapidly result in the “bad guys” redoubling their own support to the other side, resulting in a deadly and pointless stalemate. The men and women making foreign policy need to consider all of these intended and unintended consequences. If they don’t, the story can become a tragedy.

The months-long impeachment reality show playing out in Washington, however, is dumbing down the debate to the most simplistic level. The American people are told by the House managers prosecuting the case that President Trump was prioritizing his personal political interests for the national interest. In this context, the national interest Americans are supposed to blithely accept is the appropriation of over $350 million in U.S. security aid to the Ukrainian security forces to fend off pro-Moscow separatists in the east of the country. Those insufficiently supportive of this policy are either type-casted as agents of the Kremlin or pilloried as enemies of liberalism and democracy. Prudence and restraint, two attributes that national security officials should put in the front of their minds every minute of the day, are turned into negative qualities.

The passions that have driven the impeachment debate are arising Washington’s already hawkish sensibilities. The more hawkish you are on Ukraine and Russia, the more you will now be taken seriously.

The Cato Institute’s Emma Ashord highlighter this destructive dynamic last week in the Washington Post, where she wrote that “hawkish foreign policy choices toward Russia are being presented as gospel.  It makes it sound as if choosing a more dovish approach is a dereliction of presidential duty.”  Impeachment is poisoning the debate on Russia policy. The narrative in Washington has reached the stage where condemning Trump for inappropriate conduct and at the same time oppose the shipment of lethal equipment to Kiev is impossible.

Of course, the opposite is true. You can believe that sending hundreds of millions of dollars in military aid to the Ukrainians is an unwise move on the merits while still expressing concern about how Trump has handled himself. But with the two increasingly in cahoots, the space for a healthy, facts-oriented discussion about U.S. foreign policy choices is getting smaller.

One can hope all of this will go away once the final impeachment verdict is in (the verdict was predictable and predicted as soon as the inquiry started last September).  But Ukraine and Russia have turned into such political footballs that separating the politics from the policy may be increasingly difficult.  Democrats are now notably tougher on Moscow than Republicans are, a shift that can only be explained by Russia’s intervention against the Clinton campaign in the 2016 presidential elections and Trump’s warm words towards Vladimir Putin. If a Democrat wins the White House this year, it’s safe to assume that Washington’s Russia policy could make Ronald Reagan’s look soft.

Would reflexively confronting the Kremlin every moment of the day actually serve the U.S. national interest? Unfortunately, taking an in-depth, dispassionate view of U.S.-Russia relations is not nearly as important today as puffing our chests and convincing our constituents and colleagues that we are on the right side politically.

Good politics is supplanting thoughtful policy. This could prove to be impeachment’s worst legacy if the trend doesn’t change between now and the end of the year.