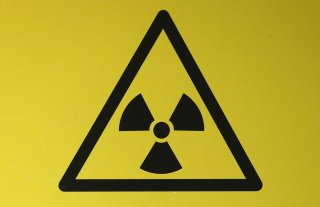 Iran has not tried to convert its nuclear reactor at Arak to produce weapons-grade plutonium, a new report by the International Atomic Energy Agency has found.

The Arak heavy water reactor was once able to produce plutonium that could be used for a nuclear bomb. Iran agreed to modify the reactor to make that impossible under the JCPOA, a 2015 deal between Iran and six world powers.

The work was supposed to be carried out by foreign companies. The Trump administration revoked sanctions waivers for the plant last month, essentially threatening any company that helped Iran modify the Arak plant with harsh penalties under U.S. law.

But Iran has not tried to reverse the work these companies have done to neutralize the military usefulness of the reactor, the United Nations nuclear watchdog found in a report released last week.

“That might just be a tactical move just to see what happens in the next couple of months and not waste money or time,” said Richard Johnson, who worked on Iranian nuclear issues at the State Department until 2018. “But it again demonstrates that the Iranians, generally speaking, have been making moves on the JCPOA that are pretty calculating, and they haven’t crossed anything that I would call a red line just yet.”

President Donald Trump has rejected the JCPOA as “the worst deal ever,” replacing it with a campaign of “maximum pressure” in 2018.

Iran has responded by ramping up its own nuclear activities past the limits of the deal.

The Trump administration finally ended the waivers for modifying Arak because “these waivers, so-called restrictions, were not restrictions of any kind” and “simply offered legitimacy for a program that was continuing in an illicit pattern,” according to Richard Goldberg, who oversaw Iranian nuclear issues at Trump’s National Security Council until earlier this year.

The Trump administration had predicted at the time that Iran would not try to weaponize the plant even if foreign companies were forced to stop their work converting it.

“Our assessment at this point is that going back to the original design would take them quite a few years and a great deal of money,” said Dr. Christopher Ford, Assistant Secretary of State for International Security and Nonproliferation, at a May 27 press briefing. “So far, Iran has been notably measured in building up its nuclear capabilities.”

He brought up the 2007 strike on Deir al-Zor, in which Israeli jets bombed a suspected Syrian plutonium reactor into rubble.

Johnson, now senior director for fuel cycle and verification at the Nuclear Threat Initiative, said that Iran had other reasons not to weaponize the Arak reactor.

He told the National Interest that the new reactor “is a better fit for the actual civil nuclear needs that Iran has, particularly on medical isotopes.”

“Diplomacy is about trying to find that one tiny little spot where all the interests overlap,” Johnson said.