Iran Just Might Have the Best Poor Man’s Air Force 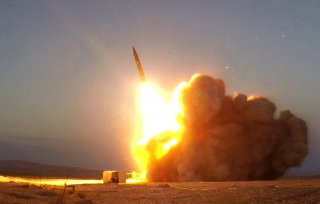 With President-elect Joe Biden wisely having chosen to seek a “clean” return to the JCPOA, leaving aside issues it avoided such as Iran’s missile programs and regional activities, it was encouraging to see a public speech by Supreme Leader Ayatollah Ali Khamenei on December 16 echoing and endorsing President Hassan Rouhani’s previous statements about Iran’s openness to returning to compliance in return for the lifting of some US unilateral sanctions as required by the JCPOA. Importantly, neither repeated previous demands for Iran to be compensated for the economic damage from sanctions in advance of returning to compliance. To be sure, there are still plenty of hurdles to clear in terms of negotiating a sequencing of a mutual return to compliance, but it is clearly not too early to begin debating U.S. strategy for the negotiations toward a follow-on deal. The incoming Biden team has made it clear that this should begin immediately after a deal on a return to compliance, should include issues left out of the original deal, and should include several U.S. regional partners like Israel, Saudi Arabia, and the UAE which are adversaries of Iran. The clock will be ticking, with some of the nuclear constraints the United States will seek to extend expiring as early as 2023 under the JCPOA.

In Washington, most of the discourse around this subject has assumed that the United States should insist on tight limits on Iran’s missile programs. Many mentions of Iran’s missile programs by members of Congress include calls for them to “give up” those programs, rather than accepting limitations on the development of longer-range systems which might theoretically someday threaten the United States. There also is a clear focus on the notion that missile development is important primarily as a delivery vehicle for nuclear warheads. While that is probably part of the purpose, given that U.S. intelligence agencies assessed in 2007 that Iran had obtained the required knowledge for a warhead design prior to pausing their weaponization activities in 2003, this focus ignores the critical point that the missile programs also provide an asymmetrical offset to the vast inferiority of Iran’s Air Force and air defenses in relation to those of not only Israel but also Iran’s Gulf Arab neighbors, in particular, Saudi Arabia and the UAE.

As recently as a decade ago, most analysts were reasonably confident that Iran lacked the ability to accurately strike fixed infrastructure on the other side of the Persian Gulf, despite having ballistic missiles with adequate range. Iran’s Air Force was not, and still is not, a significant part of the equation. It relies on mostly U.S. aircraft dating from the 1970s (without U.S. upgrades available to other users), and with a handful of MiG-29’s being the only true “fourth-generation” aircraft. The major Gulf Arab regional powers, Saudi Arabia and the UAE, have large numbers of advanced U.S., British, and French “fourth-generation” aircraft, and Israel also adds stealth “fifth-generation” capabilities with the F-35, which the UAE also is seeking to purchase. In addition, defenses against incoming aircraft are much more advanced among Iran’s adversaries, not just from superior aircraft maintained on alert, but also from airborne early warning platforms like the U.S. AWACS and E2-C Hawkeye and superior anti-aircraft radars and U.S. Patriot missiles. Before the recent improvements in Iran’s indigenous missile capabilities, the Iranian military had little ability to directly retaliate against targets in Saudi Arabia, the UAE, or Israel with sufficient accuracy. Even with UN Security Council sanctions banning weapons imports having ended in October and a potential resumption of normal oil volumes under a restored JCPOA, Iran will lack the means to build an air force that could compete head-on with the Gulf Arabs, much less the United States. It also is far from clear that either Russia or China would be willing to sell them their best hardware, for their own reasons.

The last few years have changed the conventional strategic equation in Iran’s favor, though it is still in a much weaker position. The cruise missile attacks in September 2019 on critical Saudi oil infrastructure at Abqaiq and Khurais, which the United States attributed to Iran, were a watershed event. They clearly demonstrated the ability to hit targets across the Gulf with pinpoint accuracy. Iran also limited the number of aim points with the intention to allow the Saudis to avoid a large-scale disruption of oil exports, given that Abqaiq has well-known redundant capacity to allow for rerouting around damage and thereby successfully stay below President Donald Trump’s threshold for a direct U.S. military response against Iran. Three missiles that crashed short of their targets showed the simple and cheap technology used—including a small 1960s-vintage Czech jet engine design copied from Cold War-era target drones. Iran’s ability to target Saudi, Emirati, and other Gulf infrastructure accurately has now been clearly established. Two noteworthy missile strikes—the January 2020 retaliation against the U.S. base at Ayn al-Asad in Iraq after the U.S. drone strike which killed IRGC Quds Force commander Gen. Qasem Soleimani and the October 2018 strike against Islamic State positions in Syria—also demonstrated to outside analysts the improving accuracy of those systems.

Needless to say, this improvement in Iran’s conventional strike capabilities is an unwelcome development for U.S. partners in the region, as well as for the United States. But it came about as a result of indigenous research and development efforts combined with the increasing commercial availability of off-the-shelf dual-use technology which has alleviated the main technical challenges around cruise missile guidance systems. The U.S.-controlled GPS satellite system is now supplemented by Russia’s GLONASS and similar European and Chinese systems. Commercially available image-recognition software paired with digital cameras are now good enough to drive visual missile guidance. There is no way to put the genie back in the bottle.

U.S. regional partners are almost certain to press hard for the United States to take a broad approach to Iran’s missile programs in any follow-on negotiation. Emirati officials have already spoken publicly about vague ideas for a “missile-free zone” around the Gulf—a great deal for those with superior air power. The United States should, however, maintain a focus on its own interests and on the much more achievable goal of getting Iran to accept range limits preventing them from striking outside the region. It is highly unlikely that any government in Iran would agree to go back to a status quo ante, where they were unable to retaliate militarily against provocations from Israel or Gulf Arab states, especially if it came alongside acceptance of longer-term commitments to verifiably remain well short of a capability for rapid acquisition of a nuclear weapon—the core U.S. goal. The bottom line is that Iranian military capabilities to hold oil transport and processing facilities, desalination plants, and other critical infrastructure at risk have ushered in an age of mutual vulnerability, which is not going away.

Greg Priddy is an independent consultant on global geopolitical risk based near Washington, D.C. He has previously held positions at Eurasia Group and the US Department of Energy. You can follow him on Twitter: @GregPriddy1