The Myth of American Primacy 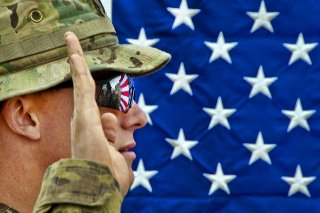 The birth of American primacy is based on a myth, said Dr. Stephen Wertheim, deputy director of research and policy at the Quincy Institute for Responsible Statecraft and author of the new book, Tomorrow, the World: The Birth of U.S. Global Supremacy.

According to the standard narrative, in the years following World War II, farsighted internationalists finally broke the power of isolationists in Washington, freeing the United States to take its place as the undisputed leader—and military guarantor—of the liberal international order.

This is not what happened, argued Wertheim in an interview with the podcast, Press The Button. “That term [isolationism] only emerged in the 1930s and the 1940s,” he explained. “It was deployed as an epithet to win a political argument by mischaracterizing opponents of the use of force as people who wanted the United States to have no outside contact with the world.”

“We have to get it out of our heads that there was ever a group of Americans who favored isolationism,” he continued. “They simply didn’t exist.”

Instead, for nearly all of the country’s history, “there was a broad consensus [among internationalists] that the United States should avoid entering into military entanglements in Europe and Asia,” said Wertheim. Not that this entailed closing the nation off from the world—far from it. But internationalists held that interaction should be more or less limited to trade and other peaceful exchanges, and that—outside of the Western Hemisphere, at least—Washington should abstain from the raw power politics that they believed plagued the Old World.

Against this background, it is no wonder that America’s initial bid for global military supremacy generated pushback at home. And so, proponents of primacy flipped the script. They blamed the old internationalists—whom they now derided as “isolationists”—for the failure to contain fascism in the interwar period, and loudly equated “true” internationalism with armed dominance worldwide. “They tried to make American supremacy seem natural,” explained Wertheim. And, most of all, necessary.

“Now, just because some elites tried to legitimize their choices and represent dominance or isolationism as the only options, that doesn’t mean that their choices were necessarily wrong,” Wertheim cautioned. “The original rationale for primacy had a cohesive logic to it. It was meant to prevent totalitarian powers from dominating the industrial heartland of the world in Europe and Asia.”

The problem, he explained, is that once the United States adopted a policy of primacy, the project became inherently self-perpetuating. And why wouldn’t it? If the goal is military supremacy, it hardly matters if your adversaries are Soviets, or Chinese, or Iranian, or North Korean. So long as American interests remain global, its frontiers will inevitably be threatened by someone, somewhere.

And if those interests can’t be safely discarded—as advocates of primacy will surely claim—then they must be defended. This prompts an even greater investment in military infrastructure, triggering an interminable arms race between far-flung U.S. forces and the regional powers invariably threatened by them.

“Unfortunately, the effects are all around us today,” said Wertheim. “The United States has acquired more and more enemies around the world. We’ve seen endless wars across the Greater Middle East. We’ve seen hatreds unleashed by those wars turned inward against immigrants, against political opponents, possibly against democracy itself.”

Against these human costs must be measured steep financial ones, too. “The United States lavishes a trillion dollars a year on national security that overwhelmingly goes to combating military threats,” he explained. “Meanwhile, the American people are experiencing 9/11-scale death every three days and rising from a virus against which our military preeminence is helpless.”

Wertheim acknowledged that stepping back from our commitment to primacy won’t be easy—nor should it happen overnight. But he does see an opening for change. A big part of it will depend on whether Americans believe that primacy—perhaps necessary in the twentieth century—still pays in the twenty-first.

Increasingly, he said, they’re deciding that it doesn’t.

“There’s a core security argument that has failed the American people: that globe-spanning dominance makes us safe,” Wertheim explained. “It makes us less safe. It creates enemies, antagonisms, and leaves us helpless against the threats of the twenty-first century, as we see in the midst of this pandemic.”

“So, I would wager that the vast majority of Americans think that whatever possible good the United States might do projecting its armed forces permanently around the globe, it’s just outweighed by our urgent needs at home.”

The entire interview with Dr. Stephen Wertheim is available here on Press The Button.