NATO’s Dirty Little Secret Is Out 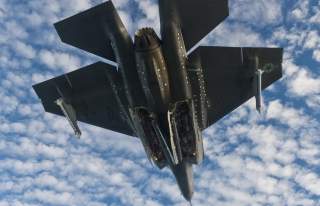 Pro-NATO politicians and pundits never tire of citing polls and studies showing that a majority of Americans continue to support the Alliance. Frequently, that argument is presented as part of the larger case that President Trump’s periodic expressions of skepticism about NATO’s relevance are out-of-touch with the views of the American public. However, the pro-NATO case is built on a fundamental deception.

Few (if any) surveys of U.S. public opinion about NATO even hint about the extent of the risks Americans incur because of Washington’s obligations under Article 5 of the North Atlantic Treaty, which commits the signatories to consider an attack on any member as an attack on all. A typical poll question will ask respondents whether the United States should defend country X, if Russia attacks that country.  A more honest question would be whether the United States should defend country X from a Russian attack, even if doing so might result in a nuclear war with Russia that could kill millions of Americans.

Granted, such an outcome is a worst-case scenario, but Washington’s Article 5 obligations bring it into play. The escalation risk is especially relevant with respect to defending Estonia and the other Baltic republics. A 2016 RAND Corporation study concluded that it would be nearly impossible for NATO to defend its Baltic members against a full-scale Russian invasion for more than a few days without an extensive upgrade of the Alliance’s existing force deployment. Even after such an upgrade, the outcome of a struggle waged solely with conventional weapons would be uncertain. Escalation to the nuclear level would remain an ever-present danger.

Even without a robust “truth in advertising” requirement, U.S. public support for NATO is slipping. Mark Hannah, a senior fellow at the Eurasia Group Foundation, concedes that point following a survey his organization recently conducted. He notes:  “For a second year in a row, when faced with a hypothetical scenario in which Russia invaded Estonia, a NATO ally, Americans were roughly split on whether they wanted the United States to respond militarily. And that was after respondents were reminded of Article 5, the part of the NATO treaty that obligates the United States to respond to such aggression, and after they were told that U.S. action could be the only way to expel Russia.”

In other words, even with wording designed to elicit positive responses—and no disclosure of a potentially dire nuclear risk arising from America’s military obligation to a NATO ally—the survey showed no clear public mandate for defending that ally. Hannah concludes: “It’s not just President Donald Trump who is skeptical of the North Atlantic alliance, in other words. It’s the American people. To the extent that U.S. citizens think about NATO at all, they disagree about whether honoring its commitments would be worth the sacrifice.” He’s correct, and if they were explicitly told about the nuclear risk, it is highly probable that anti-NATO sentiment would surge.

Public skepticism about the wisdom of incurring such grave risks is entirely warranted. The first question that U.S. leaders should ask about any alliance commitment is whether the ally is even worth risking a sacrifice of American treasure and lives. Does that country have great strategic or economic significance to the United States? Risking war to defend another country ought to be no casual matter. A military alliance with such a profound obligation is not akin to an economic or social association. The obligations are deadly serious—and U.S. policymakers must never adopt the flippant attitude that because the United States is powerful, it can undertake virtually any commitment, confident that no adversary would ever be daring (or reckless) enough to challenge it. The history of international affairs is littered with examples of deterrence failures on the part of great powers attempting to protect allies and clients.

Washington’s implicit assumption is that Russia would not dare challenge the Article 5 commitment. Foreign policy should never be based on a bluff, yet for the United States, the obligation to regard an attack on any NATO member (no matter how insignificant) as an attack on America itself potentially puts the very existence of the republic at risk. Smart great powers don’t put themselves in such a position.

It is especially unwise to do so if the ally being defended is not essential to America’s own security. Estonia and the other NATO members added since the late 1990s don’t even come close to meeting that standard. During the Cold War, Western Europe was the main strategic and economic prize, and the United States faced not just a geopolitical challenger, but a messianic, totalitarian, expansionist power.  Keeping democratic Europe out of Moscow’s orbit arguably justified undertaking a high level of risk.

Whatever the merits of doing so to shield major strategic and economic assets such as Britain, France, Italy, and (West) Germany, those considerations no longer apply.  Russia is a conventional, regional power, not a totalitarian state with global expansionist ambitions. Moreover, the members of the European Union have more than sufficient populations and economic resources to build whatever forces they deem necessary to confront and deter Moscow. For America to risk national suicide to continue shielding Europe—especially small security clients in the Baltics and elsewhere in Eastern Europe--is the essence of foreign policy folly.

It is past time for pro-NATO figures among America’s political and policy elites to come clean with the American people. Americans deserve to know what risks they and their loved ones are incurring because of Washington’s obligations—especially obligations to trivial and vulnerable NATO members on Russia’s border. Let’s see how strong public support for the Alliance really is following full disclosure.

Ted Galen Carpenter, a senior fellow is security studies at the Cato Institute and a contributing editor to the National Interest, is the author of 12 books on international affairs, including several books on NATO.  His latest book is NATO: The Dangerous Dinosaur (2019).