NATO’s New Purpose: An Alliance Reborn to Take on China? 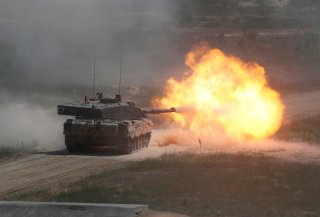 Will it soon be springtime for NATO? After four years of a suddenly mercurial American partner, European foreign and defense ministers seem relieved, if not giddy, at the prospect of president-elect Joe Biden’s promised foreign policy restoration. Yet the seventy-one-year-old alliance’s “brain death,” to quote French President Emmanuel Macron, needs stronger medicine than a mere return to the status quo. A new study, commissioned by NATO Secretary-General Jens Stoltenberg, calls for both renewal and reform, highlighted by a new focus on the challenge of China.

With 138 specific recommendations in less than 70 pages, the independent Reflection Group’s report, “NATO 2030: United for a New Era,” is light on detailed planning for implementation. Its China prescriptions range from countering disinformation to strengthening ties with Asian partners.

Some of these recommendations are no-brainers and some are predictably vague. But NATO members should resist any attempt to substantially reorient the alliance on countering China. NATO lacks the military tools, the societal will, and the strategic imperative to cast its gaze east of Suez.

NATO’s navies are not up to the task. True, Britain has spent (some would argue misspent) an enormous chunk of its defense budget on a pair of catapult-less conventional aircraft carriers and the F-35Bs to go with them. Germany’s Deutsche Marine may be in scandalous shape, but many other NATO navies have high standards, reputations for excellent seamanship, and capable, cost-effective ships.

Unfortunately, while the skill is there, the capacity is not. The Royal Navy boasts just 23 surface combatants – and is unable to fully man even this small fleet. In the critical (and eponymous) North Atlantic, NATO can sortie just six attack submarines. Though the situation has improved slightly since then, in 2018 the alliance could count on just a single constant maritime patrol aircraft over the North Atlantic. This is inadequate to contain the declining Russian Navy, never mind the PLAN. 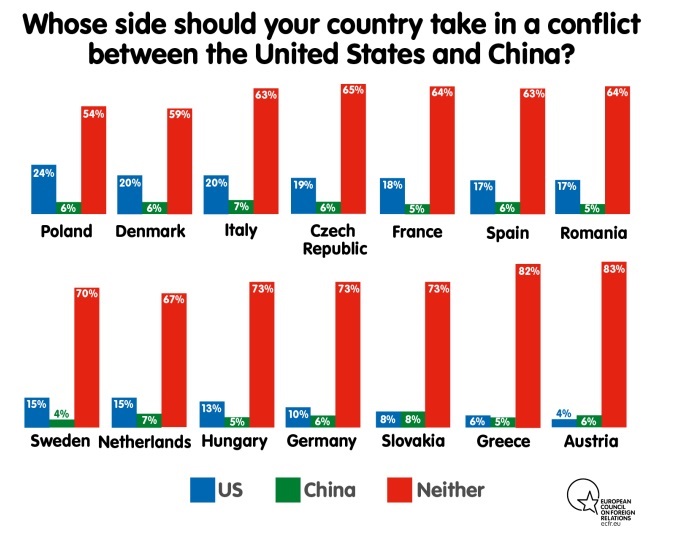 NATO has also repeatedly shown that it doesn’t do “out of area” missions well. The much-lauded two-decade commitment to Afghanistan is a case in point. Though some NATO forces (the British, Canadians, Danes, and French among them) fought with valor and verve, mainly contingents were hamstrung by risk aversion and national caveats that prevented them from accomplishing much. The Times of London reported in 2009 that Italy actually paid off the Taliban to prevent its troops from being molested.

Even in nearby Libya, NATO struggled to prosecute a limited air war. Only eight of the then-28 member states in 2011 chose to participate – and most of them ran out of either ammunition or spare parts. NATO members refused to do the hard work of peacekeeping after Muamar Qaddafi was overthrown. Libya is now embroiled in a civil war and remains a security ulcer on Europe’s doorstep.

The other elephant in the room is even larger: the lack of European will to confront China. Leaders like Stoltenberg may announce that “China does not share our values,” but aside from this boilerplate rhetoric, there is little evidence that European NATO members have any enthusiasm for a clash with Beijing.

Italy is a participant in China’s Belt and Road Initiative, while several alliance members benefit from Chinese infrastructure investments in the Balkans. A September 2019 poll by the European Council on Foreign Relations (ECFR) found just 10 percent of Germans thought their country should side with America in the event of a U.S. – China war. Over 70 percent thought Germany should stay neutral. The thirteen other European countries surveyed displayed similar sentiments.\

Europe has belatedly awoken to the dangers of relying on Huawei’s 5G network, and the coronavirus has increased European suspicion of China. But neither development is likely to generate substantially greater enthusiasm for confrontation.

Instead of dragging Europe into a competition with China for which it lacks both the means and the motivation, NATO would best serve all of its members, including the United States, by maintaining a laser focus on the security threats facing Europe.

Russia remains foremost among these challenges. Many American foreign policy realists pine for a reset and a new modus vivendi with Russia, in order to reduce tensions, free up resources to confront China, and enable the United States to get its own house in order. This goal is understandable and perhaps achievable, but it takes two to tango. Extending New START, returning to the Open Skies Treaty, and other diplomatic overtures could cool tensions and restore some measure of trust. But the West may still be stuck reacting to Russian provocations and disruption in Europe.

Mediterranean NATO members like France and Italy are increasingly inclined to put terrorism and mass migration higher than Russian revanchism on their list of security priorities. French troops conduct a grinding counterinsurgency campaign in Mali while a host of NATO countries provided troops, aircraft, and resources to the now-curtailed counter-ISIS campaign in Iraq and Syria.

The Reflection Group makes mention of China’s increasing presence in Africa (and Russia’s far more militarized approach to the continent). But neither the PLAN’s Djibouti naval base nor Chinese lingerie vendors in Upper Egypt are a threat to Europe. Indeed, Chinese infrastructure investments and other commercial ventures almost certainly aid Europe’s overriding African security goal: minimizing the flow of refugees and economic migrants to the Mediterranean and then into Europe. Increased Chinese influence and power in what the Reflection Group dubs “NATO’s ‘South’” is more likely to arouse European applause than concern.

Europe has taken a lengthy holiday from history; many Europeans thought they had moved beyond serious armed conflict after the end of the Cold War. Russia’s occupation of Crimea has only partly broken this spell. Non-NATO member Sweden has reintroduced conscription and recently increased defense spending by a whopping 40 percent, but Germany and other alliance freeriders have made only tepid commitments to raise their defense spending. Even in comparatively strong Britain, which substantially increased its defense budget last month, the former Chief of Defence Staff felt compelled to warn in 2018 that “US observers have come to realize we are living a lie.”

European weakness is manifest in something as basic as mustering combat-ready ground forces. A 2017 RAND report found that NATO’s European big three – France, Britain, and Germany – could collectively mobilize just a single armored battalion in a week and fewer than three armored brigades in a month. For an alliance worried about Russian faits accompli, this is wholly inadequate. It has also resulted in an annual price tag of $6.5 billion for the U.S.’s European Defense Initiative – money could instead help to pay the U.S. Navy’s enormous nuclear deterrent recapitalization bills.

Instead of becoming a half-hearted American auxiliary in Asia, NATO can best contribute to checking China by focusing on Russia. If Russia and China continue to draw closer and become actual allies, the United States is unlikely to have the resources to compete with both. Estimates of Russian and Chinese defense expenditures are frequently much lower than they should be, due to the mistaken use of market exchange rate–based estimates instead of purchasing power parity (PPP) estimates. 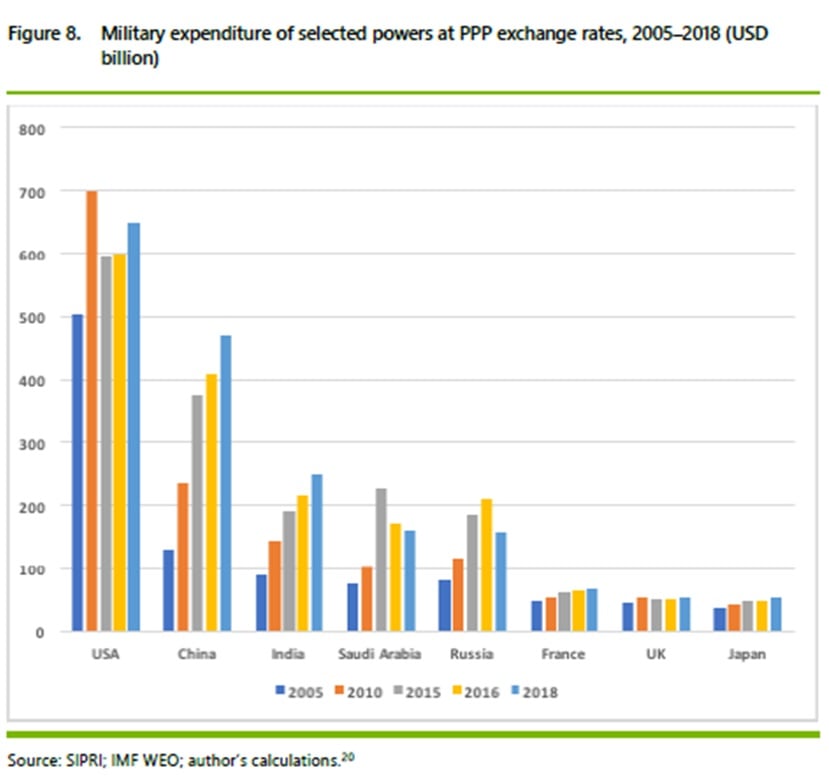 The rise of anti-access/area denial technology further impedes America’s ability to contribute to European security. The U.S. Army’s new conceptual framework for major warfighting, Multi-Domain Operations, cautions that America will not be able to easily reinforce troops in a theater of near-peer war. That leaves two options: a major increase in U.S. forces in Europe or European NATO members taking on most of the burden of checking Russian forces. The former is highly unlikely, while the latter would greatly enhance America’s ability to compete with China. At least one prominent U.S. senator has stated publicly that if forced to choose, the United States will forsake European security commitments for competition in Asia.

The Reflection Group is right that NATO’s European members need to recommit to collective security and rebuild hard power capacity. The alliance doesn’t need to look any further than its own neighborhood, however. NATO can best serve its allies, and global security, by remaining focused on the security of Europe.

Gil Barndollar is a senior fellow at Defense Priorities.