The Politics of Pentagon Spending: Can the U.S. Military Budget Be Cut? 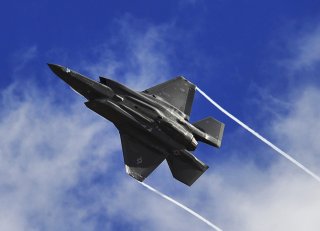 Three weeks after the House voted against her amendment to the FY2021 National Defense Authorization Act, Representative Barbara Lee (D-California) couldn’t help but evince a bit of residual exasperation.

“It was so modest,” she said in an interview with national security podcast, Press The Button. “We should have had 250 votes for this.”

Lee’s amendment, put forward with Congressional Progressive Caucus co-chair Representative Mark Pocan (D-Wisconsin), proposed a ten percent cut in Pentagon spending—or roughly $74 billion out of this year’s budget—echoing a similar measure introduced in the Senate by Senator Bernie Sanders. The freed money would then go towards coronavirus relief efforts and other domestic priorities.

“Our nation is facing an economic and health crisis and a bloated defense budget doesn’t get us any closer to addressing the ongoing problems American families are facing at home,” wrote Lee and Pocan in a mid-July op-ed. “Congress should be focusing on flattening the COVID-19 curve, providing families with severely needed relief and protecting workers.”

“More bombs won’t feed hungry children, more cruise missiles won’t provide economic security in retirement, and more nukes won’t ensure health care for all,” they continued. “Now is not the time to spend more on national defense than we did at the height of the Cold War, Korean War or Vietnam War.”

Since 2017, Lee pointed out, the Trump administration has increased annual defense spending by more than $100 billion, meaning even a $74 billion cut would keep the Pentagon budget above historical funding levels (and would still more than double China and Russia’s combined military expenditures). The amendment also wouldn’t have touched troop pay and benefits, a fact she was quick to emphasize.

What it would have done is to challenge Washington’s established set of priorities, one which takes endlessly rising military spending as a given—even at the cost of domestic programs in the midst of a public health crisis. “This is a time of pandemic when we are in a life-or-death mode,” she said. “So, why wouldn’t we vote for $73 billion [in cuts]? That doesn’t even scratch the surface in terms of Pentagon spending. It doesn’t even touch our national security. It does not make us vulnerable.” In such an environment, Lee suggested, the cuts were reasonable—and necessary.

And yet, when the amendment came to a floor vote in the House on July 21, it failed. Ninety-two Democrats and one Libertarian, Representative Justin Amash (L-Michigan), supported the measure; 139 Democrats and 185 Republicans were opposed.

When asked what she thought of the result, Lee was cautiously optimistic. After all, it’s not often that sizable defense cuts come to a floor vote, she said, and that ninety-three members felt comfortable supporting the measure could be seen as a sign of progress (even if many of them ultimately voted for the $740 billion Pentagon budget later that same day).

As for the holdouts, Lee said she understood their hesitation in challenging the status quo. “A lot of members are concerned—quite naturally—about national security and being soft on ‘terrorism’ or being ‘anti-military,’” she explained. But their biggest apprehension could be about something closer to home: jobs.

“The military industrial complex is vast,” she said. “Defense contractors site their plants and operations in members’ districts. And we don’t do a good job explaining how more jobs can be created through these resources than what are there now.”

This is a struggle Lee knows well. Before her election to Congress, she was a staff member for the late Representative Ron Dellums of Oakland, a deft political operator who strongly supported defense cuts even as he chaired the House Armed Services Committee. In the 1990s, as the Cold War ended and the “peace dividend” kicked in, Dellums oversaw the closure of four military bases in his district, taking with them thousands of well-paying jobs. Twenty years later, Oakland—now part of Lee’s district—has become a major tech hub with private companies using land once held by the Pentagon.

Despite this example, Lee acknowledged that shifting federal spending away from the military would not be easy. “We have a lot of work to do,” she said. “We have to help members feel like it’s politically doable to vote for a cut in Pentagon spending.”

“We want to do this in a collaborative way—starting early and building the movement on the outside,” Lee explained. “We have to have the voices of the people insisting that their members of Congress understand why these cuts are necessary.”

“But we’re just getting started,” she concluded. “And we’ll keep going.”

The entire interview with Representative Barbara Lee is available here on Press The Button.