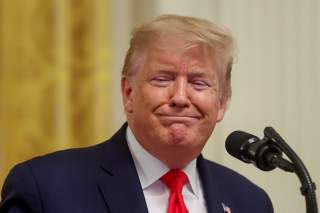 While much of Washington celebrates the death of Iranian general Qassem Soleimani, there is a growing movement by various anti-American groups in the Middle East to threaten revenge attacks against our troops. Because we have a solemn duty to safeguard American lives—and to avoid unnecessary war—we must withdraw from Iraq and Syria before one more service member is needlessly killed.

The general consensus in the United States has been that Soleimani “deserved to die” for the many atrocities he has committed in the past., Americans are sharply divided, largely along partisan lines, over whether taking him out at this time was wise or not.

Regardless of where one comes down on the decision to kill Soleimani, every American should support the twin goals of ensuring American national security and preserving of our service members lives. The first goal is already assured because of our global and unrivaled ability to project power. What many don’t realize, however, is that the second faces an increasing—and unnecessary—risk.

By taking out such a high-ranking figure, America’s killing of Soleimani created the risk that Iran might retaliate by killing American troops in the region.  Trump had been outspoken in his determination to launch a punishing barrage against Tehran if they killed any Americans in response.

Thankfully, Iran appears to have blinked by firing largely face-saving strikes against empty buildings on two American bases in Iraq. The danger to American troops, however, is far from over as numerous groups and militias in the region are vowing to strike U.S. targets in the weeks and months ahead.

Earlier this month, Hezbollah leader Hassan Nasrallah told mourners at a Soleimani memorial service in Lebanon that, “the U.S. bases, the U.S. warships, every American soldier and officer” in the Middle East was a legitimate target and that his forces had no choice but to enter a conflict with the United States. More worrisome, however, is the evolving strategy of a constellation of Shia militia joining forces to resist America’s presence in the region

At the request of Iranian leaders, Nasrallah met on Monday in the Iranian city of Qom with multiple key pro-Iranian armed factions, including Kataib Hezbollah, which the U.S. bombed on 29 December, killing 25 members. Nasrallah’s purpose was to unify the otherwise fractious militias and ask them to “set aside differences” so they could focus on forming a unified front to challenge U.S. forces.

One of the Shia militia leaders told regional media outlet Middle East Eye that while Iran tries to recover from the leadership vacuum created by Soleimani’s killing, Tehran may allow the militias to “practice their hobbies from time to time by striking a blow here or there against the American forces,” but that all the warring parties “will adopt a policy of exchanging slaps for the next two or three months.”

After this two or three month period ends, the Shia militias in Lebanon, Iraq, and Iran will have replaced the lost leaders and decided on a unified course of action. Attacks on American troops could become more regular, sophisticated—and lethal. Adding to this threat, Iranian President Hassan Rouhani said on Wednesday that, “today, the American soldier is in danger, tomorrow the European soldier could be in danger."

Dismissing these many and increasing threats as bluster is effectively playing Russian roulette with the lives of our troops.  It is also entirely possible that some of the still-active ISIS cells in either Iraq or Syria could stage attacks against American troops in the hopes of blaming it on Shia militias or Iran, which could prompt Trump—regardless of who actually did it—to launch a punishing reprisal against Iran.

We dodged a bullet with the Iranian response on 8 January that didn’t kill any Americans.  The next time we may not be so lucky and the results could spark the all-out war we have thus far avoided.

We should not wait for the Shia militias to recover from their losses and make good on their threats to kill American troops. We should immediately, withdraw our troops from the region on our terms and on our timelines.

Doing so preserves our ability to defend American interests throughout the region—without the daily risk to our troops.  American ability to project power worldwide is unrivaled.  We don’t need a handful of troops on the ground in Iraq and Syria to defend our interests anywhere in the region.

Denying easy access for Iran and its proxies to U.S targets should be the guiding principle. Trump was elected in 2016 by promising no more stupid wars. That’s a promise he would be wise to keep..