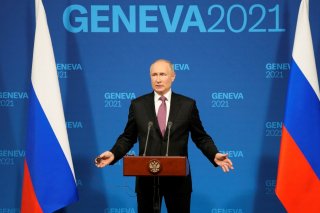 At the recent summit between US President Joe Biden and Russian President Vladimir Putin, the two presidents agreed to begin a dialogue on strategic stability issues and reaffirmed that “a nuclear war cannot be won and must never be fought”—harkening back to the 1985 agreement by U.S. President Ronald Reagan and Soviet leader Mikhail Gorbachev at their Geneva summit. The strategic stability dialogue is expected to cover a range of issues related to nuclear and conventional weapons, and follow a decision by the two presidents earlier this year to extend the New START Treaty. As New START is the last remaining U.S.-Russian arms control agreement, the talks will likely be aimed at building a follow-on agreement after it expires in 2026.

Rose Gottemoeller, the chief U.S. negotiator during the New START Treaty negotiations under the Obama administration, saw promise. “Both presidents are evidently resolved to stay involved to keep an eye on what…progress is being made.”

Gottemoeller knows the process will not be simple, as she explains in her new book Negotiating the New START Treaty. During a recent appearance on the Press the Button podcast, Gottemoeller spoke to her experiences with arms control negotiations and shared her views on the key challenges facing global arms control, including how to verify direct limits on nuclear warheads.

While precedent is important—citing useful frameworks from the Conventional Forces in Europe Treaty—Gottemoeller notes the methods of negotiation are changing with the times. “We benefit from precedent – but…we do need to be looking for better ways to do things going forward.”

The challenges are not always technical. In negotiating New START, she explains that “there wasn’t a good muscle memory [in Washington] about arms control negotiations of the past.” She learned that “it is incumbent upon those of us who are part of that historical process, who do have that memory bank available, to try and continue to remind people of those precedents.”

In this process, she highlights that the lead negotiator has to be able to convey and “address major issues that are coming up in the course of the negotiations…not only with your counterparts across the table, but back to your counterparts in Washington.” Her big lesson: do the groundwork so that when there are quick-moving gains, leaders are ready to act.

Gottemoeller also had the added honor and pressure of being the first woman to hold the roles of lead U.S. arms control negotiator and later, Deputy Secretary-General of NATO. She notes that particularly to succeed as a “first,” “you have to know your issues very, very well and you have to do your homework, you have to be ready.”

Though she knows the degree of executive-level focus needed for successful arms control negotiations, Gottemoeller stressed the need to ensure there is buy-in domestically from other branches of government.

“It is the constitutional responsibility of the Senate to give advice and consent to treaties,” she said. “If Senators are suddenly going to say ‘we don’t want to do this anymore; it is too hard politically’ then not only will our arms control agenda be disadvantaged, but other important agendas for the United States – our trade and economic agenda – will be too.”

When asked further about the challenge of bringing on board an increasingly polarized Congress, Gottemoeller notes that in fact, “We have a lot of tools in our toolkit – and we always have…so let’s remember that the toolkit is rather varied.” Unilateral initiatives, bilateral treaties, executive action, and legally binding agreements are all different mechanisms available to create change. Whether negotiating with Iran, Russia, or our European allies, Gottemoeller explains that finding the right combination of those tools is the name of the game.

Harry Tarpey is the development and operations associate at Ploughshares Fund, a global security foundation.