Russia Is Winning the Sanctions Game 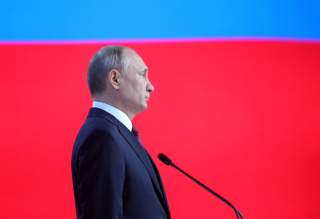 Russian consumers adjusted quickly to the new lineup of products on the shelves. Over time, shoppers have perceived that the quality of domestic alternatives to imported food is getting better. Two-thirds of consumers polled in August of 2017 indicated that the quality of food under the import ban had not deteriorated over the previous year. Against a backdrop of bubbling unrest about Putin’s overall economic policies, most Russians still blame Western sanctions—rather than Russian countersanctions—for restrictions on availability and increased prices of imported foods. This attitude appears to be robust, even as popular concerns about the sanctions overall rose from 28 percent to 43 percent in 2018. Russian consumers have adopted “food nationalism” in response to the sanctions environment; 94 percent of urban consumers in 2015, and 90 percent in 2016, reported that they preferred to buy Russian-made food products even when equally priced imports of comparable quality were available. “Grown in Russia” is a powerful sentiment.

The most visible hitch in matching Western food quality has centered on cheese. Things have become desperate: in August 2017, a Russian man was caught trying to smuggle one hundred kilograms of cheese from Finland in a compartment of his car disguised as a fuel tank. Although many small, artisanal Russian manufacturers have sprung up, none have quite risen to the level of Swiss, Italian, and French cheeses, many of which take decades to produce. Parmesan is especially challenging: it uses a lot of milk, as well as access to credit to keep things running while the cheese ages. Russia produces only about 60% of the raw milk needed to satisfy demand for cheese and other dairy products; some domestic cheese makers are instead using imported dry milk, separated dairy proteins, and even palm oil. By mid-2015, about a quarter of Russian cheese was considered “fake” due to use of palm oil, whose imports increased by 35.8 percent in the first quarter of 2018 over the previous year, indicating that the practice continues. Desperate to find acceptable milk sources, one farm outside Moscow imported one thousand French goats in late 2016 specifically to source cheese.

Despite these challenges, the countersanctions have clearly created a market opportunity around cheese. The Moscow regional government, for example, is currently compensating half of the cost of modernization of family dairy farms and up to 20 percent for cheese-making facilities. At a large cheese festival held outside Moscow every summer since 2016, farmers have exhibited a prized dairy cow named “Sanctions,” and one vendor sells “Thanks for Sanctions” t-shirts. And journalists have had fun with “punny” illustrative headlines: “Sanctions Present Russian Cheesemakers with Gouda Opportunity”; “War and Cheese”; and “Russians Find Whey around Sanctions by Copying Cheese.”

In July of last year, Putin announced that the countersanctions would remain in place at least through December 2019. This was no surprise. Why would he backtrack, when his previously languishing farmers have thrived under these new conditions? The sanctions created an opportunity to build back a crippled Russian food industry, and Putin grabbed it. Recent U.S. tariffs have expanded the opening even further to new export markets. Moving forward, the Trump administration needs to think this through: unintended consequences are more likely when a clever adversary is actively looking for ways to create and exploit them. Regardless of whether Trump sees Russia as an adversary or wants to maintain sanctions at all, it’s hard to imagine the bolstering of a Russian competitor to U.S. farmers as a desired outcome of the sanctions regime. In this specific case, Russia remains a few steps ahead in the game.

Judy Twigg is a professor of political science at Virginia Commonwealth University, an adjunct professor at Georgetown University, and a senior associate (non-resident) at CSIS. She consults regularly on global health and development issues for the World Bank, U.S. government, and other agencies.