Taiwan Is Not Worth A War With China (For 1 Key U.S. Ally, That Is) 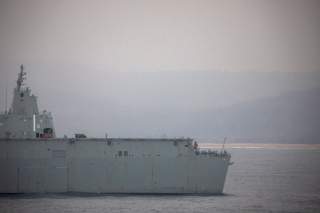 Key Point: Taiwan puts Ameirca in between a rock and a hard place.

I think Dibb’s premises are correct, but his conclusion is wrong. Failing to come to Taiwan’s aid would seriously weaken and perhaps destroy America’s position in Asia, and our alliance with America would be seriously weakened if not destroyed if we failed to support the US. But it doesn’t follow that either America or Australia should therefore go to war with China to defend Taiwan.

That depends on who would win the war. Such a war, like any war, would be a calculus of uncertainties, but at the very least one could say that a swift, cheap and decisive US victory over China would be very unlikely. America’s military power is very great, but China’s military power, and especially its capacity to deny its air and sea approaches to US forces, has grown sharply, and is now formidable.

China also has big advantages of location and resolve: Taiwan is closer to China than to America, and it matters more to the Chinese. And any hopes that US nuclear forces would swing the balance back America’s way run up against China’s capacity to retaliate in kind, and the risk of a nuclear exchange targeting US cities would at least have to be considered by US leaders in deciding to go to war.

These somber facts would have to be taken into account in Washington and Canberra in any deliberations about war. They imply that the choice in both capitals would not be the simple one that Dibb suggests—a choice between going to war and preserving the US-led order in Asia or stepping back and destroying it. A long, costly and indecisive US–China war would destroy the regional order anyway, because America’s leadership in Asia wouldn’t survive a war with China.

Most probably it would lead to America’s withdrawal from Asia—just as its long, indecisive but far less costly wars in the Middle East have led it to withdraw from that region. If so, Australia’s alliance with America would wither too. So the real choice Washington would face would be to abandon its position in Asia by fighting China, or by not fighting China. Given the cost and risks of war with a nuclear power, it is easy to see which America should choose, and I think probably would choose.

Dibb’s counterargument is that America was willing to fight a nuclear war to save West Germany from the Soviets in the Cold War. That’s a compelling argument to the extent that China’s ambitions today pose as big a threat to America as the Soviets’ did in the Cold War. It was the fear that the expansion of Soviet power would threaten the survival of America itself which drove US leaders and voters to accept the risk of nuclear war to make containment work. I don’t think that China poses a similar threat today, which is why I don’t think America should fight China over Taiwan.

But do Americans believe that China poses a similar threat today? That’s actually the big question that underlies the entire future of America’s position in Asia in the face of China’s ambitions, and it deserves closer scrutiny. So far it seems not, because for all the tough talk from Vice President Mike Pence and others in recent months, no US political leader has tried to convince Americans that they should be willing to fight a nuclear war with China. Indeed, US policy as set out in the 2018 nuclear posture review doesn’t even acknowledge America’s vulnerability to Chinese nuclear forces. We’d be wise not to assume that the Americans would risk a nuclear war with China until they say they are willing to do so.

If this is wrong and America chose war, I think it’s clear that Australia would be better off staying out of it. Iraq should have taught us that it makes no sense to support an ally in a war it can’t win, and the stakes are much higher this time.

Finally, a minor point. Whether our commitments under the ANZUS treaty cover Taiwan is not quite as clear as Dibb suggests. No doubt Washington believes that it does, and clearly expects us to support the US in a conflict. To the contemporary policymaker this is what matters, which is why I agree with Dibb that failing to support America would be fatal to the alliance.

But that requirement is not evident in the text of the treaty itself, at least as interpreted by the foremost legal authority on the matter, J.G. Starke, in his book The ANZUS Treaty Alliance. He says it’s clear from the context that ‘Pacific Area’ in Article 4 doesn’t include Taiwan, because Australia didn’t want it to.

Hugh White is an emeritus professor of strategic studies at the Australian National University. Image courtesy of the US Air Force. This article by Hugh White first appeared in the Australian Strategic Policy Insitute’s The Strategist in 2019 and is being republished due to reader's interest.