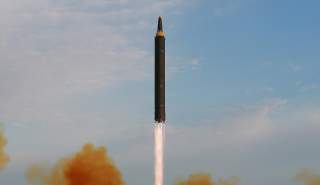 The foreign policy business can be an unsatisfying line of work. The ideal is very often out of reach, and many times the best result is staving off the worst from happening. The world has a funny way of making the most thought-out and fully-vetted policy look foolish and turning some of the most experienced government officials into amateurs.

And yet the foreign policy industry doesn’t make things easy for itself either. The status-quo chokes the policy process like a boa constrictor.  It’s often said that changing anything in Washington, D.C. is like pulling teeth: it’s excruciatingly painful and causes a lot of bleeding. So, the most politically convenient course of action is to keep things as they are—better to stick with the devil you know than the devil you don’t.

U.S. foreign policy is full of those kinds of devils, policies that sound good on paper but are practically impossible to translate into a concrete success.  And yet the policies survive regardless, taking on a life of their own. There are too many to count, but here are three big items that have survived the test of time.

Democrats and Republicans don’t agree on much these days, but they all support the objective of forcing Russia to rescind ownership of Ukraine’s Crimea Peninsula. Moscow’s stealth invasion and annexation of Crimea in 2014 cannot be defended, which is why U.S. and European Union sanctions were an inevitability. The sanctions package was designed to be a punitive response to what the West rightly called a violation of international law.

Yet five years after the sanctions were put into effect, it has become abundantly obvious over time that financial penalties will not compel the Russians to hand over the Black Sea peninsula back to Ukraine. To do so would be unthinkable for Russian President Vladimir Putin, both because he is the godfather of the annexation and because doing so would likely encourage U.S. presidents in the future to double down on economic pressure. U.S. policy, however, is the same as it ever was: sanctions will remain as long as Moscow doesn’t reverse its annexation. U.S.-Russia relations are therefore stuck in limbo and weighed down by a fantasy objective. Whether we like it or not, Crimea is now a part of Mother Russia—and it will remain that way as long as Washington and its European allies aren’t creative in their search for a diplomatic resolution.

2. North Korea’s Denuclearization: U.S. policy with respect to North Korea has been the same for decades: if Pyongyang wants full political and economic normalization with the United States and its neighbors, it needs to relinquish its nuclear weapons program and provide the international community with full, uninterrupted transparency. Until such a time as the Kim regime makes that strategic decision, the sanctions will continue and indeed tighten as necessary.

This policy was set in stone in the early 1990’s, when North Korea’s nuclear program was at an infantile stage. At that time, Pyongyang didn’t have a single nuclear weapon in its inventory. But if denuclearization was a feasible prospect three decades ago, it’s about as likely today as a man climbing Mt. Everest with nothing on but his underpants. 2019 is not 1991; with every year that has passed, the Kim regime has made additional advancements in its plutonium and enrichment capabilities and increased its knowledge base. In 2006, Pyongyang conducted its first underground nuclear test, a symbolic milestone solidifying the North as a nuclear weapons state. Five nuclear weapons tests and 13 years later, North Korea’s nuclear weapons stockpile could be as high as 60 warheads. And yet the U.S. position remains fixed to the past as if the world was stuck in a bygone era.

3. The Assad Regime Should Not be Dealt With:

There is no sense putting lipstick on a pig: Bashar al-Assad is a war criminal, a systematic human rights violator, and a conniving dictator who was willing to destroy his own country in order to extend his stay in the presidential palace. Syria is a galactic black hole teeming with unaccountability, refugees, lost souls, and what President Donald Trump called “sand and death.” Syria’s reconstruction costs range somewhere between $250 billion to $400 billion and are likely higher; the war has cost the economy $300 billion from 2011-2018; entire cities look like Berlin, circa 1945; and half of the Syrian population has either been displaced internally or has fled from the country.

But Assad, however horrible he is, has won the war. Since Russia intervened with its air power in 2015, the military situation has been nothing but good for the regime.  Syria’s major population centers, ports, airports, and most of its highways are under Damascus’ control. The armed rebellion that came within miles of Assad’s residence in the Syrian capital is now reduced to a presence in Idlib, trapped between Syrian and Russian warplanes in the sky and Al-Qaeda-associated jihadists on the ground. For the first time since 2012, regime troops have established a presence in the Kurdish-areas of the northeast.  As regime and opposition delegates haggle over a new constitution, Assad has no reason to compromise politically. Resignation has long been off the table.

And yet Washington’s policy in Syria continues to be geared towards regime change in Damascus. U.S. reconstruction assistance is tied directly to Assad’s willingness to reform politically. U.S. troops have been rerouted to Deir ez-Zor in order to keep Syria’s oil fields out of the regime’s control, the theory being that Assad will eventually become so desperate for these resources that he will either cooperate in a political transition or vacate the scene for a happy retirement. Washington is still wedded to the possibility of a Syrian parliamentary democracy emerging from the ashes. Reality will have to wait another day.