Is a U.S.-China War Really Possible? 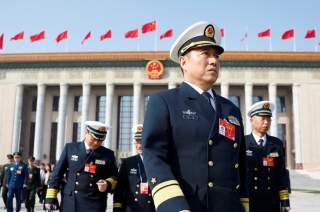 Editor’s note: This essay was a runner up in the John Quincy Adams Society’s 2019 Student Foreign Policy Essay Contest,

which asked students across the country to answer the following question: Are the United States and China on a path to conflict?

The West once greeted the rise of China with cautious optimism. By the end of Cold War, liberal theorists in particular expected and hoped that peace would flow from deeper interdependence as China’s economy grew—a theoretical expectation that took policy form in the Clinton administration’s policy of constructive engagement toward China. In contrast, offensive realists continue to worry that this hope is misplaced and that a growing China will be a growing threat. Many who share this concern sit in the current U.S. administration. Amid rising tensions between the United States and China, many now believe that armed conflict between the two states is more likely than ever. Yet the case for impending doom is unsound.

A leading example of U.S.-China pessimism comes in the form of Graham Allison’s famous “Thucydides Trap” argument, in which the conflict that sprung between Athens and Sparta centuries ago serves as a cautionary tale of the dangers that occur when a rising power challenges the ruling hegemon. Using cases from history as precedent, Allison finds it only natural that the United States and China may go down a similar path. His warnings are ominous:

“Based on the current trajectory, war between the United States and China in the decades ahead is not just possible, but more likely than recognized at the moment.”

Although Allison makes a dramatic argument, the popular belief that the United States and China are on the path to war rests on incomplete history and weak assumptions. A more nuanced understanding of both culture and power reveals that war is less likely than many fear.

The theory of power transition that Allison’s argument rests upon seems compelling when viewed through the prism of European history. This clarity is quickly muddled when we widen our scope to include non-Western and especially Eastern history in the equation. For example, David Kang and Xinru Ma have argued that non-Western countries often take a different approach to power transitions. Looking at past history and power struggle, just as Allison chose to do with mostly European countries, East Asian countries’ power dynamic is different. Kang found that “only three out of eighteen dynastic transitions that occurred prior to the nineteenth century came as a result of external war.” Rather than a focus on becoming the most powerful as Western states do, East Asian history points at a desire to maintain power. This is evident when studying the Qing dynasty, whose conquests were not solely for capture or a rejection of the dominant power, but were necessary to maintain the power they held. Not only does an incorporation of East Asian history give us reason to be skeptical of the empirical relationship between power transition and conflict, but it also suggests that the primary power motivation of at least some states in the system is not as uniform as some realists argue.

Even if power transition theory correctly links conflict with a major shift in the distribution of power, the balance of power still overwhelmingly favors the United States. According to Michael Beckley, China’s rise is overhyped since it is based on gross indicators such as GDP that ignore many of the domestic costs that come with governing a massive population. Kang agrees: “It is well known that China’s budget for internal security is larger than its budget for external defense.” In other words, Chinese aggregate power is indeed great, but its ability to project power may be limited, leading to false conclusions about relative power. Furthermore, the United States only continues to increase military spending, so even as China builds up its military, America will continue to benefit from a significant lead in capabilities.

The specific question of whether and how China might balance against the United States should be complemented with the general question of what it would take to balance against a modern maritime superpower. Jack Levy and William Thompson argue that land powers generally don’t form rising coalitions against sea powers, in part because it is generally more militarily costly to do so and the benefits of bandwagoning are greater. In the case of the United States, both its geographic distance and global economic penetration may keep security dilemmas from rising and conflicts from erupting. Additionally, as a leading maritime power, American interests in expansion are more focused on markets, not territory. Seen in this light, trade wars between the United States and China are—counterintuitively—evidence of mitigated aggression rather than proof that military conflict is on the way. Instead, China is more likely to continue to focus its energy on regional threats rather than hastening a global shift in power. This is not to say that conflicts of interest will not occur; rather, it highlights the many significant deterrents between the United States and China that press against large scale war and for keeping conflicts local.

Power struggle is inevitable. With growing economies and expanding states, the exact future of the East Asian balance remains unclear. The question that stands is whether this rise of power will cause great conflict and result in war. As China’s power increases, the costs of a shootout will rise. The pattern of European history led Graham Allison to suggest that war in the next few decades is likely. Yet when we widen the analytical scope beyond Europe, the picture is not so clear. The struggle to be number one, rather than to merely maintain power, is at least in part a Western phenomenon. Further, the present balance of power favors the United States and should for some time. There is only a small chance of a great war on the near horizon.