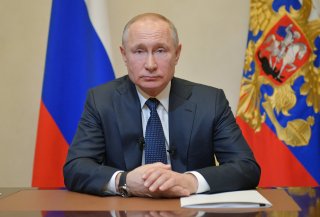 The United Nations warned that a Russian diplomatic maneuver earlier in the year is now holding up crucial aid to Syrians as the war-torn country faces a coronavirus outbreak.

Russia had insisted in January on closing the Yarubiya border crossing into Syria, forcing the Kurdish-led autonomous entity in the northeast to rely on the Russian-backed central government in Damascus for humanitarian support. But the central government has not filled in the gap—and UN and U.S. officials are slamming Moscow for setting up a coronavirus catastrophe.

“Many medical facilities and individuals in northeast Syria who depended on medical supplies via Al Yarubiyah have not received these supplies through alternative channels,” UN Undersecretary-General for Humanitarian Affairs Mark Lowcock warned the Security Council on Monday. “According to [the World Health Organization], continuity of health services in the northeast has already been affected, leaving people even more exposed to the COVID-19 [coronavirus disease] crisis.”

Lowcock said that a medical center in Raqqa that serves 3,900 patients per month may be forced to close, and warned that others “report critical items in danger of immediate stockout, including emergency medicines, anesthetics and insulin.”

He also noted that “the response is overwhelmed” in the northwest, where the United Nations can still operate. Hundreds of thousands of refugees are living in “hillsides dotted with tents” in the rebel-held territory of Idlib, according to Lowcock.

U.S. officials slammed Russia and its Syrian ally, Bashar al-Assad, for their role in the situation.

“For Syrians in the northeast, we must push to see UN cross-border access restored to this area, where, with just two votes, Russia and China blocked the UN’s ability to deliver 41 percent, that’s 41 percent, of medical supplies,” Amb. Kelly Craft, U.S. ambassador to the United Nations, told the Security Council on Monday. “Because of how rapidly COVID-19 is spreading, these vulnerable Syrians simply cannot wait on Damascus’ arbitrary approvals of cross-line delivery of medical supplies.”

“While the Assad regime continues to use cynical ploys to divide the population even during this crisis, the Syrian people can continue to count on the U.S. to stand with them by delivering humanitarian assistance to people in need,” added Amb. James Jeffrey, the State Department official overseeing Syrian affairs, in a social media post.

Russia and China had blocked authorization in January for the United Nations to continue using Al Yarubiya, a crossing from Iraq controlled by Kurdish-led forces, although the two powers voted to allow UN agencies to continue sending aid into areas controlled by other rebel groups.

“Instead of whipping up passions here, we would recommend that [the Office for the Coordination of Humanitarian Affairs] as quickly as possible establish effective cooperation with the legitimate authorities in Damascus,” said Amb. Vassily Nebenzia, Russian ambassador to the United Nations, at the time.

UN Secretary General António Guterres had warned in a February 28 report that “[i]f viable alternatives to Ya‘rubiyah are not found for medical items, the gap between the humanitarian response and humanitarian needs will increase further.”

Guterres wrote that Damascus had not given the UN officials written approval to deliver aid to the northeast by land, and that aid shipments coming from areas held by Turkish-backed rebels “need to cross multiple lines of control.”

Turkish-backed rebels briefly cut off the northeast’s access to water last week amidst tensions with the Kurdish-led administration deteriorated.

“If viable alternatives to Ya‘rubiyah are not found for medical items, the gap between the humanitarian response and humanitarian needs will increase further,” Guterres concluded. “All parties to the conflict and the Council itself must live up to their responsibilities to ensure that the people in the north-east of the country receive the assistance they so desperately need.”