What Happened After America’s Soldiers Returned from the Vietnam War? 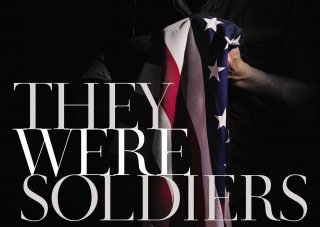 This book excerpt was taken from They Were Soldiers, which was written by Joseph L. Galloway and Marvin J. Wolf.

The ringing awakened Jim Graham, a reporter for the Columbus, Georgia, Ledger. He eased out of bed, hoping not to disturb his sleeping wife, Patty. Glancing at the clock on his nightstand, he grabbed the phone.

“You the guy who wants to know about the cops and those burglaries?” said a low, raspy voice.

“Never mind. Meet me in half an hour,” the caller said, naming a parking lot in the industrial area.

“Who is this?” Jim repeated, but the line went dead.

It was the autumn of 1966. Graham was twenty-five, just months out of the army and back from Vietnam. He was tall and lean, with deep-set brown eyes and a receding hairline. He wasn’t sure he wanted to meet a guy with no name and a raspy voice at 3:00 a.m. in a dark, deserted neighborhood of factories and warehouses.

He picked up the phone and awakened his boss, Bob Lott, the city editor.

Jim asked what he should do.

Several weeks earlier Graham had sat in the back row of a nearly empty courtroom in the Columbus police station and watched a stream of arraignments. Occasionally someone would appear on a charge that might fill a few inches of copy on one of the Ledger’s back pages. One day, Jim sat up when a vaguely familiar vagrant shuffled in.

The man was charged with burglary as part of a ring that had been active in Columbus and the surrounding environs for months. He was the first of the gang to be arrested.

“How do you plead?” asked the judge.

“Guilty but with an explanation,” replied the man. “I was the lookout, but they made me do it. The cops, I mean. They were the burglars, and they made me be their lookout.”

Ignoring this assertion, the judge set a date for the man’s trial.

But Jim’s curiosity was piqued, and he spent the next few months asking his sources in the police department about the progress of their investigation into the burglary ring. He got nowhere, that is, until the night of the mysterious call summoning him to a meeting in a dimly lit parking lot.

When Jim pulled into the lot, he saw two other cars nearby. Lott was in one, and two other reporters were in the other. Feeling a little more confident, Jim parked, got out, and walked to the only other car in the lot.

The driver’s door swung open and a man got out. In the dim light, Graham saw a face he recognized. He was a cop. The officer said he had been ordered to investigate a burglary ring suspected to be operating out of the Columbus police department. After he submitted his findings to his boss, he expected some kind of follow-up, but nothing happened. After a while, he was told to forget about the investigation; the chief would handle everything in his own way.

The detective handed Jim a thick file. “This is a copy of my investigation,” he said. “Take it and get out of here.”

Graham’s multipart story ran on page one of the Ledger for several days. As soon as the first story was released, his car—whether in traffic or parked—was ticketed daily. Police officers he knew and had worked alongside for years greeted him with stony stares. In the end, twenty-three officers lost their jobs and the chief suffered a fatal heart attack.

In 1942, Jim Graham was born in Cincinnati, Ohio. His father was too old to serve in World War II; he worked as an auditor at military post exchanges until he was convicted of embezzlement and sent to prison. After he was paroled, his big family moved to Dayton, a busy, prosperous manufacturing center.

When the Korean War began in 1950, Jim’s oldest brother, Frank, enlisted in the navy. A standout recruit, he was encouraged to apply to the Naval Academy and graduated in 1956 from Annapolis.

Jim admired Frank, but his ambitions didn’t include the military. “After high school, I got a job with WHIO, a television station, as a floor director,” Graham recalled. “It was mostly stuff like running cables, turning on lights, positioning microphones—easy to learn, and the first step in what I thought might be a good career in broadcasting.”

Shortly after his twenty-first birthday, in May 1963, Graham began to feel the hot breath of the draft board on his neck. “I had not gotten a draft notice, but at age twenty-one, I felt I was a prime candidate,” he recalled. “I knew that if I enlisted, the army would guarantee that I got the school I wanted.”

Still looking forward to a career in television, Graham signed up with a guarantee that after basic training, he would attend the Defense Information School at Fort Slocum, on Davids’ Island off New Rochelle, New York. He requested the radio and television basic course. But when he finished basic training, he learned the course was full. Graham was offered instead a spot in the journalism course. The alternative was infantry training. Graham took the journalism course.

“It was great. Most of our instructors were graduate students at Columbia. New York City was a half hour away by train, and our weekends were free.” Graham recalled. “A great duty station.”

Eight weeks later, after learning the basics of news reporting and copy editing, Graham was offered the opportunity to request a geographic area for his first duty assignment. “I was hoping I might get to stay in the New York area, so I put in for the East Coast,” he recalled.

He was assigned as the information specialist for the Third Brigade of the Second Infantry Division at Fort Benning, Georgia. “I was devastated. I had enlisted in the Army to avoid being drafted and becoming an infantryman—that’s not my idea of fun. So, Fort Benning, Georgia, was a real shock. I pissed and moaned for days until a guy I met at a party in Manhattan gave me a simple philosophy: take your life with you wherever you go.”

Image: They Were Soldiers