Why Are U.S. and Russian Forces Clashing in Syria? 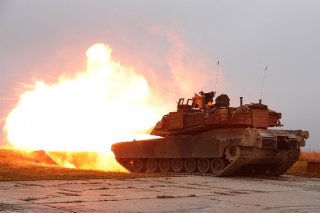 In August, a skirmish between Russian and U.S. deployed patrols erupted in northeastern Syria. According to the National Security Council spokesperson, the collision took place near Dayrick (Al-Malikiyah), on the Turkish-Syrian border—when U.S. and Russian patrols encountered each other. At this point, a Russian vehicle deliberately rammed a U.S. mine-resistant, ambush-protected all-terrain vehicle (M-ATV), leading four U.S. soldiers to be injured. The quarrel is the latest in a series of clashes involving Russian and U.S. ground troops in the area, following the U.S. partial withdrawal from Syria’s northeast.

While the incident led to predictable opposite and contradictory statements by the U.S. defense officials and the Russian defense ministry, the collision highlights the presence of overlapping security patrols. Besides, according to some video, two Russian helicopters hovered low over the U.S. patrols during the incident. Both these elements, compounded with a provocatory Russian forces’ attitude, increase risks for future additional direct military clashes.

This is not an isolated incident but the latest in a series of clashes embroiling the U.S. and Russian militaries deployed in the volatile northeast of the country. Specifically, these incidents could represent a Russian strategy to test U.S. forces’ limits in an attempt to encourage a full American withdrawal from the area and from Eastern Syria altogether. As opposed to previous clashes involving joint U.S.-Syrian Democratic Forces (SDF) patrol and Syrian pro-government militia, or the attack against the U.S. military convoy by pro-Syrian government militia, this latest directly involved Russia and appears deliberate.

Indeed, run-ins between the U.S. and Russian forces have increased following President Donald Trump’s short-lived decision to withdraw 1,000 U.S. personnel—after which he changed his mind, agreeing to keep a smaller force in a more confined area to protect “the oil.” The subsequent U.S. forces’ reposition led Russian forces to expand their footprint across northeastern Syria, placing the two factions in close and recurring contact. While both parties tried to avoid deadly clashes and a repeat of violent confrontation, such face-off, representing a direct military confrontation between Russian and U.S. patrols, rather than a quarrel between one or more proxies or allied forces, could likely increase the chances of further miscalculation and escalation. The more so, given the increasing pressure on U.S. forces to preserve a presence in Syria’s northeast, and the Russian efforts to expand its presence harassing and pushing the U.S. troops out of the country.

Beyond that, the growing tensions between the United States and Russia may also be tied to the recent signing of an oil deal between a U.S. company—namely, Delta Energy—and the Syrian Kurdish Self-Autonomous Administration. By doing so, the United States is reframing its presence outside of its initial anti-ISIS mandate and signalling its intention to stay in the long term in the oil-rich region (something the pro-regime camp was always concerned about). This is even more the case given reports suggesting Russia recently attempted to strike a similar deal to explore and exploit oil fields in the region, and faced a clear rejection from the Self-Autonomous Administration.

While withdrawing part of the U.S. personnel, initially deployed to defeat the Islamic State in Syria, Washington is trying to maintain its military footprint in defence of the oil-fields located in Syria’s northeast. To this extent, the recently sealed deal would guarantee twenty-five years of U.S. presence aimed to develop oil infrastructure in SDF-controlled areas to support local consumption in Self-Autonomous Administration territories and potentially exporting oil via Turkey and Iraq. Besides, the U.S.-Russia flare-up in tensions comes at a moment when the Self-Autonomous Administration stepped back from the table aimed to normalise talks with Damascus government, affirming that Syrian authorities are not serious about negotiations with the Kurdish-led Self-Administration and adding that Russia failed to facilitate talks.

Therefore, the recent “incidents” are no coincidence and stem from a broader confrontation between the United States and Russia, underscoring the possibility that further “encounters” will be reported. The more so, given the Trump administration change in mind, underlining anything but a clear strategy over Northeastern Syria, compounded with a Russian will to show the door to the U.S. troops in the region. Both these reasons, also fuelled by potential Russian desires to revenge—having not been able to strike an oil deal—will likely bolster the chances for further military face-offs.

Giuseppe Maria De Rosa is a Regional Security Analyst for Le Beck, a geopolitical security consultancy based in the Middle East.