Why the U.S. Military Won't Give Up Its Cluster Bombs 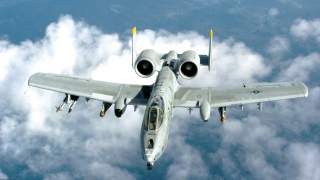 War is a terrible thing. Innocent men, women and children regrettably but inevitably lose their lives in the course of hostilities, and millions of people could very lose their homes, businesses and indeed their families. The soldiers, pilots and sailors who fight a war are victims as well; for those lucky enough to come back home, many experience a high degree of emotional trauma that can seriously impact the rest of their lives.

But as brutal as war is, there are some weapons much of the world views as unacceptable and, therefore, off limits. Nuclear weapons, which can wipe out entire cities and indeed annihilate civilization itself, are one. Chemical and biological weapons, which kill people in the most painful of ways, are others. And for over one hundred countries, cluster munitions—bombs that release small fragments over a wide area before ground impact—also qualify as weapons too heinous to use under any circumstances.

The United States has never accepted this position. Whereas global advocacy organizations and many of America’s allies in Europe and Asia consider clusters indiscriminate weapons that should be locked up and decommissioned, the Defense Department believes these munitions are some of the more discriminatory weapons on the market. Washington has refused to sign the 2008 Convention on Cluster Munitions, a multilateral treaty that bans the use, production, stockpile, acquisition, development and transfer of cluster munitions in its entirety, precisely because of that interpretation.

Even so, the U.S. military has taken steps to improve the quality of the cluster bombs in its arsenal with the purpose of decreasing harm to civilians. In 2008, Defense Secretary Robert Gates signed a Pentagon order directing the department to replace its current stock of cluster munitions with new variants that have a one percent unexploded ordnance rate. The Gates policy stressed that all clusters with an unexploded rate greater than one-percent would be scheduled for retirement by 2018.

The Trump administration, however, is far more cluster-friendly. Last year, the Pentagon reversed the Gates policy, a shift that effectively allowed the military to employ older cluster bombs and shells with a dud rate as high as 20 percent. According to the New York Times this week, the U.S. Army is in the process of purchasing even more bomb models such as the Swedish-made Bonus 155-millimeter artillery projectiles and the German-manufactured SMArt 155. The new generation of cluster munitions is designed in part to take out armored vehicles, and the new models supposedly contain a self-destruct option in the event the bomb misses a target. Whether the systems work as advertised, however, is an open question—no piece of military equipment, regardless of the feats of modern-day technology, will be successful one hundred percent of the time. Even a single error could produce an unwarranted death.

The United States has employed cluster bombs and artillery pieces in wartime situations for decades. During the 1991 Gulf War, the U.S. and its allies dropped sixty-one thousand cluster bombs on Iraqi locations in its quest to liberate Kuwait. Unfortunately, bomblets that failed to explode on impact don’t lay dormant; Kuwaitis who stumbled by the ordinance continued to be killed long after the war ended. Children are particularly susceptible to being killed by these weapons, some of which may lay on the ground untouched for years.

NATO is no stranger to cluster bombs either. The alliance’s military operation against Serbian forces in Kosovo featured about 1,392 clusters containing over 289,000 submunitions on over 330 targets. Roughly thirty thousand of those submunitions didn’t explode, a situation that provided bomb disposal experts with an extraordinary dilemma during the post-conflict phase. It can take years to clear a saturated area.

From the Pentagon’s standpoint, eliminating cluster munitions of all sizes, blast radiuses and types would be making the U.S. military’s job harder. Warfighters understandably don’t want to limit the tools in their toolbox. As long as other nations like Russia and China refuse to become a state party to the Convention on Cluster Munitions, the United States will resist the pressure to do so. And depending on the specific target, there may be instances where a cluster is a more precise munition compared to a more conventional bomb.

But the Trump administration needs to be careful. We are, after all, still searching for World War I-era ordnance in the French countryside. Do we really want our great-grandchildren doing the same one hundred years from now?