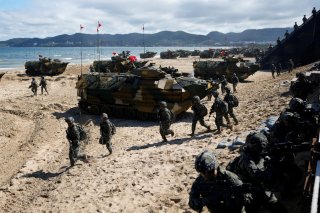 Here's What You Need to Remember: North Korea’s development of nuclear weapons has changed the rules of war. No longer can U.S. and South Korean forces wear down their KPA counterparts with firepower, waiting for the ill-supplied, ill-fed and ill-equipped army to disintegrate under the hammer blows of U.S. air power. Now forces must stay mobile, to avoid tactical nuclear strikes, and seek a rapid capitulation of the North Korean government before it can authorize the use of nuclear weapons.

This article first appeared in November 2017. It is being reprinted due to reader interest.