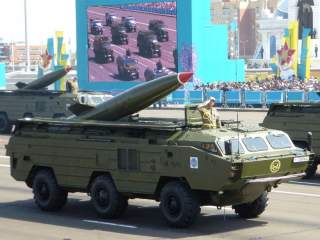 Image: An OTR-21 Tochka on parade in Yerevan, Armenia, May 7, 2015. Wikimedia Commons/Public domain