5G Speeds Are Getting Faster Than Ever 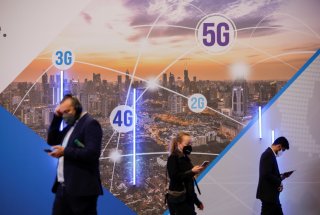 The 5G networks of all three major carriers in the United States have gotten faster over time, according to a report issued this week by OpenSignal.

“The availability of new spectrum is powering big changes in the U.S. 5G experience,” the report said. “With the launch of C-band in January 2022, all three U.S. carriers are now using mid-band 5G spectrum to enhance their users’ 5G experience, and Opensignal has already observed visible improvements in experience where C-band is available.”

AT&T did not win in any categories.

“T-Mobile wins the 5G Download Speed award for the sixth time in a row, increasing once again its lead on Verizon and AT&T,” the reports said. “While in the previous 5G Experience report our T-Mobile users saw an impressive 93.9 Mbps faster speeds over users on other operators, this time T-Mobile scored over 98 Mbps ahead of its competitors.”

AT&T, however, has shown improvements.

“T-Mobile wins the 5G Upload Speed award for the sixth time in a row with a score of 17.8 Mbps, ahead of second placed Verizon which scored 14 Mbps. AT&T follows behind in third place with its users seeing a 10 Mbps score. This means that T-Mobile’s lead on Verizon remained the same as in our previous report — 3.8 Mbps.”

On the availability category, T-Mobile won as well, getting above the 40 percent mark ahead of its rivals.

“T-Mobile maintains a large advantage in both measures of 5G’s extent — 5G Availability and 5G Reach. Our T-Mobile users spent 40.6% of the time with an active 5G connection compared with 18.7% for AT&T users and 10.6% on Verizon. Similarly, T-Mobile wins 5G Reach with a score of 7.8 on a 10 point scale, over two points ahead of its nearest rival AT&T which scored 5.4. 5G Reach represents the proportion of locations a 5G user visits that have a 5G signal,” Open Signal said.