After Stumbles, Peloton Plans to Comeback With New Rowing Machine 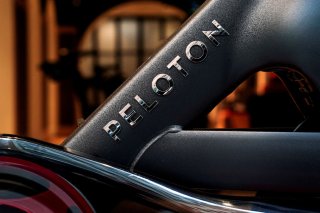 Peloton, which rode high during the quarantine phase of the pandemic, has done little but crash since, with its stock plunging about 70 percent over the course of two years. This has resulted in stock drops, a CEO resigning, and various plans for restructuring. Earlier this month, two cofounders, including recently deposed CEO John Foley, announced that they were leaving the company.

“There wouldn’t be a Peloton without John Foley or Hisao Kushi,” CEO Barry McCarthy wrote to Peloton employees, as reported by CNBC. “Without John’s unwavering commitment to his dream, there wouldn’t be a passionate and devoted community of nearly 7 million Peloton Members. I want to thank John for paving the way.”

Peloton announced this summer that it will cut jobs and raise the prices of some products.

The company has since announced that it will outsource production. Peloton announced last month that it will now sell bikes on Amazon, which it had never done before, opting instead of direct sales and inside sales channels.

Now, the company has announced a new product: A rowing machine called the Peloton Row, which will retail for $3,195. The first deliveries will take place in December.

“It has always been our goal to offer convenient and engaging workouts wherever, whenever. We’ve continuously challenged ourselves to create new, differentiated products and experiences for our Members and Peloton Row is the latest example,” Tom Cortese, Peloton’s co-founder and chief product officer, said in the announcement.

“I’m proud of the work we’ve done to enter the rowing category. Peloton Row will introduce more people to this incredibly efficient and effective discipline and keep them motivated no matter where they are on their fitness journey.”

“It’s finally here. Peloton’s game-changing rower and technology are about to turn rowing into your new favorite workout. See how the Peloton Row is ready to change your fitness routine for good,” the company said in a promotional email.

The Verge published a hands-on for the new Peloton Row, calling it “pretty much what you’d expect.”

“Peloton’s stamp is all over the product design, from the red accents and the ubiquitous logo to the 23-inch HD adjustable touchscreen. This isn’t a bad thing,” the site said. “Peloton’s hardware has always been slick and better-suited to your home than the equipment you’ll find at the gym. This rower is much prettier than the one in my building’s fitness center, though I slightly preferred the more minimalist style of the Hydrow Wave for my living room’s aesthetic.”