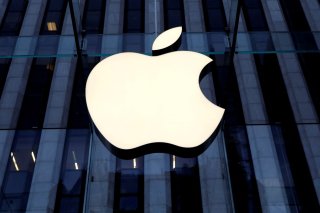 The other big news was that while Samsung grabbed a 22 percent market share, Apple surged to second, with 16 percent, followed by Xiaomi, OPPO/OnePlus, and Vivo.

“This is the fourth consecutive quarter of annual decline by smartphone volumes. COVID disruption and geopolitical issues adversely impacted the smartphone market in the second quarter of this year. Meanwhile, unfavorable economic conditions continued to weaken consumers’ demand on smartphones and other non-essential products,”  Linda Sui, Senior Director at Strategy Analytics, said in the release.

The “others” category boasted 97.1 million shipments and over 30 percent of the market.

“We estimate Samsung shipped 63 million smartphones and topped the global smartphone market with a healthy 22% share in Q2 2022. It is the vendor’s highest second quarter performance by market share since 2020,” Woody Oh, the director of Strategy Analytics, said in the release.

“Demand continued to remain strong for the newly launched flagship Galaxy S22 series, especially the higher-priced S22 Ultra model. Apple shipped 48 million iPhones worldwide, up +3% YoY, for 16% global market share in Q2 2022. This is the highest second quarter market share for Apple over the past ten years, at the expense of leading Chinese brands who are hampered by sluggish performance in both home and overseas markets. Apple had a good quarter, led by iPhone 13 series which continued to ramp up volumes in US, China and other key markets.”

It was another example of Apple bucking long-term trends. Another was Thursday when Apple announced a very strong quarter for what it considers its third fiscal quarter. The company earned $83.0 billion, up 2 percent from the same time the year before, and its strongest-ever June quarter.

The performance came despite recession fears and sluggish performance by many other tech companies.

“This quarter’s record results speak to Apple’s constant efforts to innovate, to advance new possibilities, and to enrich the lives of our customers,” Tim Cook, Apple’s CEO, said in the earnings release. “As always, we are leading with our values, and expressing them in everything we build, from new features that are designed to protect user privacy and security, to tools that will enhance accessibility, part of our longstanding commitment to create products for everyone.”