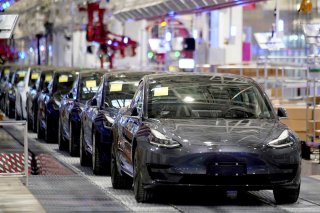 Electric cars are becoming more and more popular, but one thing that has always kept people from buying such vehicles is something called “range anxiety”—the worry that the range of electric vehicles (EVs) won’t go far enough and the driver will be stuck without a charge.

“In the new update, Google Maps will make it easier for EVs that support Android Auto. to map out a route without having to worry about reaching a charging station,” Android Central reported last year. “Using new routing algorithms developed by Google's AI team, EV owners will be given the most efficient route based on the location of charging stations relative to the car's battery capacity and levels.”

Now, there’s word that a future version of Google Maps will make possible smarter driving journeys tailored to specific types of vehicles, including electric ones.

“The latest beta update to Google Maps, version 11.39, includes preparations to specify the engine type of the vehicle you’re currently driving. This selection — with options for gas, diesel, electric, and hybrid — will be used by Google Maps to “tailor” your navigation to find what will “save you the most fuel or energy,” 9to5Google reported over the weekend.

“New! Get fuel-efficient routes tailored to your vehicle’s engine type,” the Google Maps beta says. “Save more fuel by choosing your engine type. This info helps Maps find the route that will save you the most fuel or energy.”

This one is geared, more than anything else, towards saving energy, whichever kind of car they are. This arrives just in time for customers to deal with still-high gas prices, even as present prices have begun to go down in recent weeks.

Patrick De Haan of GasBuddy tweeted over the weekend that the most common gas price in the U.S. is now $3.99 per gallon, finally back down under $4 per gallon. Additionally, South Carolina has become the first state to see its average price fall below $4. The nation’s average gas price went over $5 per gallon for the first time in history in early June, but it didn’t stay that high for particularly long. The national average has also now fallen for thirty-three consecutive days.