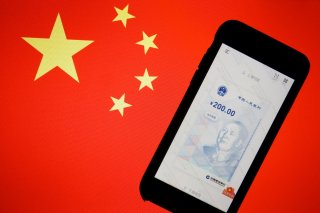 The United States has long been a global leader in innovation. The birth and growth of new distributed ledger technologies (DLT) is one area in which the strength of American inventiveness and entrepreneurial spirit has spawned a technological sea change. But the United States cannot afford to become complacent as global rivals work to develop their own decentralized technologies. China, in particular, is investing heavily in this space as a means to achieve its own ends.

Continued leadership in DLT innovation demands a cogent, unified policy approach. Fortunately, a new piece of legislation from Sens. Roger Wicker (R-MS) and Cynthia Lummis (R-WY) has the potential to provide just that. The National R&D Strategy for Distributed Ledger Technology Act would direct federal agencies to coordinate and build out a national strategy for public-facing DLT research and development (R&D).

Distributed ledger technologies are a broad class of digital systems. As defined in the bill, DLTs are digital ledgers that are shared and stored across a distributed or decentralized set of computers known as nodes. The ledgers are updated and verified according to the system’s protocol, known as a consensus mechanism, and can be either public or private. The most common examples of DLTs are blockchain technologies like cryptocurrencies or decentralized file storage systems. Blockchain technologies record transaction data into “blocks” that are then verified and added to the total “chain” of past transactions to create an inviolable ledger of all transactions that have ever occurred.

DLTs have the potential to revolutionize governmental processes built on legacy technologies. From transparent recordation and delivery of public services to more secure information transfers, the possibilities are practically endless. Unfortunately, while the private sector adoption of DLTs has grown significantly, the public sector has lagged behind.

By design, public bureaucracy moves slowly and cautiously. Federal, state, and local governments have justifiably hesitated to implement DLT applications because many of their risks and benefits are unclear. Furthermore, developing DLTs for public interest uses requires specified R&D that the private sector is unlikely to invest in on its own. Understanding these factors necessitates a unified approach like that put forward by Sens. Wicker and Lummis.

The National R&D Strategy for Distributed Ledger Technology Act has three primary components. It would first direct the Office of Science and Technology Policy (OSTP), in coordination with the National Science and Technology Council (NSTC), to develop an overarching federal strategy for DLT R&D. In developing this strategy, OSTP and NSTC would account for existing federal R&D efforts, analyze the risks and benefits of different DLT applications, pinpoint areas for greater public-private coordination, and propose potential uses for DLTs to improve governmental operations. This section would further direct these agencies to consult with all relevant stakeholders, including private industry, colleges and universities, nonprofit organizations, and state governments.

Second, the bill would direct the National Science Foundation to issue grants for projects that support research on DLT applications as well as foundational research. These grants would prioritize projects in areas that are under-invested in by private industry, including the delivery of public services, charitable giving, and regulatory compliance. Finally, it would direct the National Institute of Standards and Technology (NIST) to undertake an applied research project to examine potential applications of DLTs from a technical perspective with a particular focus on federal operations and systems.

Whether it be public interest tech or purely private, commercial implementations, Washington has woken up to the reality that DLTs are an innovative space worthy of concerted attention. President Joe Biden’s recent Executive Order on Ensuring Responsible Development of Digital Assets explicitly stated that the “United States has a strong interest in promoting responsible innovation” of many different types of DLTs, especially financial products. Congress has gone even further. Legislation currently being conferenced between the House and the Senate that is focused on boosting America’s global competitiveness in critical industries listed DLTs as one of the key technology focus areas deserving of more federal R&D consideration and funding.

Unfortunately, the federal government is a bit behind the curve. While the United States is just now beginning to realize the importance of a national strategy toward DLT R&D, China is already investing heavily in DLTs as part of a broader geopolitical strategy known as the Belt and Road Initiative (BRI).

The BRI is a massive program organized by the Chinese Communist Party (CCP) that seeks to expand China’s economic and political influence across the world by financing and investing in foreign infrastructure projects. From roads and bridges to telecommunications networks, the CCP has financed projects in over sixty countries, nearly all of which have strings attached. The CCP does not fund these projects for altruistic reasons, but rather is using the allure of infrastructure investment to assert itself on the world stage. The circumspect motives behind the CCP’s foreign investments have led some to describe the BRI as a trojan horse.

Beyond hard infrastructure, the CCP has also begun leveraging advanced technological know-how as part of the BRI. In what has become known as the Digital Silk Road, the CCP now offers developing countries assistance with surveillance technology, artificial intelligence, cloud computing, and many other high-tech areas. Within the past few years, the CCP has added DLTs to the list of high-tech services it offers developing countries in exchange for political influence (and cash).

Since at least April of 2020, the CCP has been operating a “public infrastructure network” for building, deploying, and operating DLT-based applications globally. Dubbed the Blockchain-based Service Network (BSN), this system offers relatively inexpensive access to DLTs. Split into two separate platforms—one for Chinese users and one for foreign users—the BSN was described by professor Michael Sung as “the key infrastructure-of-infrastructures that allows the vertical integration of cloud computing, 5G communications, industrial IOT [Internet of Things], AI [Artificial Intelligence] and big data, with fintech and other application-level services overlayed on the stack.”

In contrast to most American DLTs that are built to circumvent centralized control, the BSN was built to work with the CCP’s extensive surveillance apparatus. As Mikk Raud of Stanford University explained:

Observers have expressed concern that the BSN will develop in the context of the Chinese government’s comprehensive surveillance and censorship apparatus and its regulations granting security services broad access to data. Indeed, the BSN is designed in such a way that Red Date Technology can censor or entirely delete blockchains that violate regulations. This is made possible by the so-called Open Permissioned service, which obligates users to pass a know-your-customer (KYC) process, so their identities are known to the BSN operator at all times … In his USCC testimony, [Center for a New American Security scholar Yaya Fanusie] also cited a broader threat to the global internet arising from the BSN. He noted that the Chinese government aims for the BSN to give China strategic global leverage through building a global infrastructure with data centers on every continent except Antarctica, while still owning the network … Fanusie concludes with a stark warning: if blockchain developers in democratic countries help build the BSN, they are constructing the Chinese Communist Party’s new internet ecosystem.

The BSN is not a one-off project. The CCP plans to continue investing heavily in DLT with an eye towards global dominance. In the great tech rivalry with China, the United States must take a holistic approach to innovation and global competitiveness that includes DLTs.

While Congress and the Biden administration have taken steps towards promoting DLT innovation and implementation, a cohesive national strategy is imperative. Whether it be the National R&D Strategy for Distributed Ledger Technology Act or some other framework, the United States must take the reins and comprehensively support both private and public DLT R&D. If the United States fails to act, it risks yielding ground to a future digital ecosystem built upon illiberal values of surveillance and control.