Chinks in Our Armor: How Vulnerable Is American Democracy? 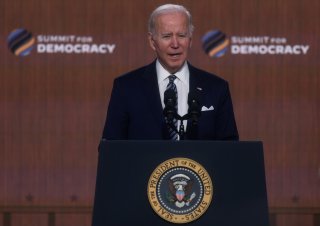 In 2007 I visited Fort Bragg, North Carolina as a guest speaker for a U.S. Army Ranger engineer battalion preparing to deploy to Iraq. The subject of my talk was “asymmetric warfare” and as I spoke, I mostly received nods of recognition from these very smart, thoughtful, and focused military professionals. Yet as I neared the end of my talk, I concluded with an admonition: Success in counterinsurgency demands more than a different equipment set; it demands a different mindset. The nods of understanding suddenly turned to frowns and head shakes. After my talk, I took questions from the audience. These experienced professionals objected to the idea that soldiering—that the use of organized and focused violence to achieve coercion—wasn’t essentially the same regardless of mission. They argued that with a lighter logistical footprint and good leadership, U.S. forces in Iraq could be just as effective at counterinsurgency as conventional warfare. They were wrong.

Soldierly wisdom is special and accumulates over time. Today, only a tiny percentage of Americans have anything like military experience, nor even the military literacy that was so common in the 1960s and 70s. So, as an academic and a U.S. Army veteran whose military experience was over thirty years old at the time of my talk, there is no question that the soldierly experience in that room had to be taken seriously. That said, it was only right for a vanishing type of war. The reason is clear if you think about it: strategy, tactics, and the relationship between technology and combat are all a dance in which each partner exchanges leads. One tactic or technology’s great advantage in one fight can become a vulnerability in the next. Even a massive advantage in population, military size, and technological and economic power can be turned into a weakness. It is also a truism that losers in one fight work harder to understand and overcome the sources of their failure than winners. Winners too often assume that some linear improvement in technology or tactics that advantaged them in a previous fight will suffice to maintain a winning edge in the next one. After 1950, the U.S. military was rarely granted adversaries who challenged its strengths (as Iraq did in 1990). Instead, adversaries now focus on chinks in U.S. armor. One example is democracy’s dependence on access to unpolluted information. Another is our dependence on a fragile internet infrastructure—undersea cables—to carry the information we need to make democracy a force for prosperity and security.

Democracy as a Vulnerability?

The amazing mix of people who make up the U.S. military today is primarily drawn from the U.S. cultural space. That means they share in their fellow citizens’ understandings of right and wrong, and American exceptionalism; a pride in national identity and historical accomplishment too often based on historical caricature. Americans, for example, take great pride in their democracy—in the notion that as ordinary citizens, their leaders answer to them, and that they as citizens have a great say in their own governance in domestic and foreign policies. That’s why during World War Two II, Americans increasingly used the word “freedom” to contrast American popular sovereignty with the dictatorships of the Axis alliance. But what is it about democracy that makes it so historically lethal to authoritarian states?

The essence of democracy is the popular consent of laws and rules that constrain us from our own impulsiveness. Hence, Americans’ pride in being “a nation of laws, and not men.” When I took my oath of service as a U.S. Army private in 1983, that oath was to “defend the U.S. Constitution, against all enemies foreign, and domestic.” But as Nazi elites such as Reinhard Heydrich, head of the Third Reich’s Sicherheitsdienst (or security police) in the 1930s groused, lawyers, laws, and rules slow things down. They interpose a time-consuming process between the will of the leadership and action. So if democracy demands compromise and debate, which takes time, how in the world were democracies able to compete with and overwhelm autocratic governments?

The answer is threefold. First, the costs of debate and compromise in terms of time are real but always overwhelmed by the benefits of better policy. Autocrats can act quickly but unfettered behavior comes with its own costs. First, autocrats generally can’t abide by contradiction or even bad news. As a result, they tend to make mistakes, and the longer and more absolutely they rule, the more serious their mistakes become. Second, leaders beholden to popular sovereignty get better information and intelligence than autocrats, and in open societies common to democracies, they are also under public scrutiny by well-informed publics who enjoy social, political, and economic literacy. Third, most democracies—especially the United States—benefit from ethnic, linguistic, and national diversity. That means well-led diverse teams can leverage the advantage of different histories and perspectives to make decisions and implement policies. Autocrats invariably maintain power by inventing enemies, first domestic and then foreign, which means they rarely admit diversity into their decision-making elite. It also means human capital flight.

But autocratic leaders have attempted to turn these historical strengths into vulnerabilities in two ways. First, Americans have been bombarded with the idea that “in today’s world, speed matters more than anything else” (we see this in contemporary arguments over the deployment of artificial intelligence in banking, trading, admissions, and autonomous weapons). If speed is the most important foundation of national security and prosperity, then all other things being equal, democracy becomes a risky form of government. Second, Americans and their democratic allies have been subjected to a flood of mis- and disinformation across the internet. Some of those responsible are domestic minorities (in particular, the political Right) and some are foreign adversaries (in particular Russia). For example, when former U.S. presidential advisor Steve Bannon was interviewed about his reaction to President Trump’s 2018 state of the union address, he opined that “the real enemy is the media. And the way to deal with them is to flood the zone with shit.” And in 2016, Vladimir Putin, once a senior officer in the Soviet Union’s KGB, directed the Internet Research Agency (a subsidiary of Russia’s FSB, successor to the Soviet KGB) to use American social media companies—in particular, Facebook and Google—to undertake mis- and disinformation campaigns to support Great Britain’s exit from the European Union (EU) and Hillary Clinton’s defeat in that year’s U.S. presidential election. Whatever one thinks of the speed argument and information pollution, the net effect has been to push the United States away from democracy—from freedom—and toward authoritarianism and dictatorship.

We know this because in what passes for journalism on the political Right, laws are increasingly characterized as oppressive “mandates,” and “deep state” obstructions to effective government. Americans, once well served by a free press, increasingly see journalists and journalism under assault. Digital information has been subjected to extensive manipulation for commercial profit and political ends. Center-led efforts to repair the damage of information pollution have been pilloried as “censorship,” and even public outrage over right-wing assaults on the Constitution has been framed as “cancel culture.” I have characterized this vulnerability—that while we are all free to say nearly anything we like without gatekeepers, to paraphrase George Orwell, some of us are freer than others—as a form of cyber harm; a knife at the throat of democracy itself. The result is that the world’s democracies are shifting inexorably to the political Right. The key question is whether democratic states should abandon their laws, diversity, and freedoms in exchange for a dictator or double down on their democratic traditions, secure in the knowledge that if they clean up their information space they can once again overcome the combination of lethal threats to their democracies and indeed, the world?

Becoming Our Enemies to Save Ourselves?

Worldwide, citizens of democratic states large and small are told that democracy is too slow and too “inefficient” to support their prosperity and national security. Democracies are hobbled, their people are told, by lazy foreigners who seek to take their wealth. These foreigners must be purged to restore their country’s greatness to that of some imagined but nonexistent past glory. They are told that the women who have struggled to gain education and establish themselves in leadership positions have made their country effeminate and weak. They are told their governments are inefficient, corrupt, and predatory. In sum, democratic citizens are being told that democracy is too risky and costly and that they would be better off under the rule of a single strong male. More commonly, in fact, they are being told that the supporters of law and due process are a threat to the U.S. republic’s very existence and that defeating them is a matter of national survival.

But perhaps the recent blunders of Vladimir Putin, and the imminent blunders of Xi Jinping, should serve as a counterpoint. Putin’s rule has been characterized by all the classic disadvantages of dictatorship. Like Saddam Hussein and countless dictators before him, Putin has surrounded himself with “yes” men. His marshals and generals hesitate to tell him what’s actually happening on the battlefield and a generation of trading competence for loyalty has left his front-line soldiers poorly led. Corruption has also left them ill-equipped. Far from weakening NATO and dividing the European Union (EU), both alliances have been strengthened. Whatever happens in Ukraine, Putin’s autocratic rule has dramatically harmed Russia’s prosperity and security.