Conservatives Should Be Skeptical of Big Tech Antitrust Agendas 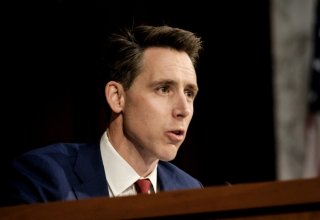 The latest economic data shows the U.S. economy shrinking for the second consecutive quarter, considered by many a telltale sign of a recession. Antitrust enforcers and legislators from both sides of the political aisle are now using inflation and the economy’s condition as their justification to make antitrust enforcement more aggressive and expand the scope of antitrust violations. Overzealous antitrust enforcement is at odds with limited government principles and promoting economic growth. Yet, some elected representatives not known for favoring excessive government control now advocate for just that.

Antitrust policy advocates on the left have long sought more aggressive enforcement, even when it may harm consumers of the particular products subject to their agenda. Rather than focusing on genuine monopolies and consumer prices, they claim that failing to stop mergers and break up big corporations has led to widespread market concentration across the economy. They further claim that the failure of antitrust enforcement leads to other social ills such as climate change, exploitation of labor, and racial discrimination and that not following their ambitious antitrust agenda may threaten democracy.

Conservatives until recently have generally been highly skeptical of substituting the judgment of Washington regulators and bureaucrats for those of customers, entrepreneurs, and innovators. Some Republicans, seeing how certain large technology corporations have favored leftist agendas and censored competing ideas, have begun joining the call from the left to increase antitrust enforcement. Senators Charles Grassley (R-Iowa) and Joshua Hawley (R-Mo.), Representatives Ken Buck (R-Colo.), Matt Gaetz (R-Fla.) and Lance Gooden (R-Texas), and other elected Republicans have sponsored or co-sponsored legislation to do much of what antitrust expansionists on the left want to do.

The fundamental problem with the new antitrust legislation and plans to target technology industries is that they do not embrace dynamic competition as a primary source of innovation. Whatever one thinks about the largest technology companies, they got where they are primarily by being more creative and making better investments in R&D, not monopolistic dominance. If they fail to keep innovating, they will soon fall behind the next wave of emerging competition. If that statement sounds idealistic, think back to Myspace, Yahoo, Palm Pilot, or any number of relatively recent industry leaders. Nor is there a lack of smaller competition regarding search engines, e-commerce, smartphones, or social media.

The drive for technology innovation is powerful and relentless, but it still can be blocked or directed in less productive directions by bad government policies. Technological advances give us more efficient production and distribution of more and better goods and services. The internet-based economic sector, which hardly existed 25 years ago, now accounts for between 9 percent and 12 percent of the U.S. gross domestic product, depending on how it is measured. This remarkable progress has occurred in an antitrust environment that has rarely pursued enforcement actions against technology companies.

Moreover, this technological progress has played an essential role in reducing inflation, as innovation has dramatically reduced prices and increased the quality of technology products. Even with the national inflation rate soaring, prices for goods purchased online were recently up only 0.3 percent for the last 12 months. Increased antitrust intervention also threatens these deflationary benefits of technological progress.

Current FTC Commissioner Noah Phillips and former FTC Commissioner Joshua Wright warn that the antitrust agenda targeting technology companies “will exacerbate inflation in healthcare, groceries, consumer products and beyond.” This concern is shared by Obama-era Treasury Secretary Larry Summers, who noted that antitrust “[p]olicies that attack bigness can easily be inflationary if they prevent the exploitation of economies of scale or limit superstar firms.”

This rush to “do something” about big tech companies could lead to other unintended consequences. For example, the American Innovation and Choice Online Act (S.2992) and the Open Apps Market Act (S.2710) are aimed at big tech companies. However, they incorporate a heavy-handed mandate that big tech firms provide access to their platforms, which will likely make it harder for small firms to introduce and market their products. Ideas like these could exacerbate cybersecurity and data portability concerns and undermine the process that platforms take to curate a usable and competitive space for developers. The inevitable result will be worsening services and fewer choices for the developers and other entrepreneurs the bills were supposed to protect.

While conservative frustrations with the current big tech companies are understandable, giving big government more power and discretion is not the answer. As Wright and antitrust attorney Jan Rybnicek explain:

“An invitation to allow politicians and bureaucrats to use antitrust law to break up tech companies, to redesign digital products, or to moderate content for the ‘greater good’ will end like most attempts at introducing just a little bit of liberal orthodoxy: the government’s discretion will grow and the people’s ability to check it will fade over time until it is a figment of its former self. It is the camel’s nose under the tent. Now is the time for conservatives to choose whether they have a newfound faith in central planning or if they will recommit to principles of limited government and free markets.”

The technology sector is not immune from anticompetitive conduct. But when it arises, the existing antitrust laws and consumer welfare standards are well suited to protect competition. Antitrust has limits in what it can accomplish, which is well demonstrated by experience from past eras of expansive antitrust enforcement. Conservatives going down this path will achieve little of their agenda aimed at big tech’s bad conduct and leave us with leftists empowered to pursue their plans through a bigger government.

Ted Bolema is the executive director of the Institute for the Study of Economic Growth at Wichita State University. Alden Abbott is a senior research fellow with the Mercatus Center at George Mason University and former general counsel for the Federal Trade Commission.