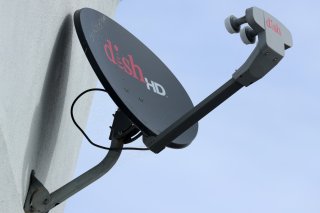 In second-quarter earnings released Wednesday, Dish Network announced that it lost 257,000 pay-TV subscribers, compared to about 67,000 in the same period the year before.

At the end of the quarter, the company had 9.99 million pay-TV subscribers, including 7.79 million for the main Dish product and 2.2 million for Sling TV.

Dish did, however, post a profit of $523 million. According to investing.com, earnings beat analyst estimates.

Dish and DirecTV, its longtime rival, have struggled mightily in recent years, leading to speculation that the companies may eventually merge. Dish's chairman, Charlie Ergen, has said many times that such a merger is “inevitable.”

In January, the New York Post reported that the two parties nearly merged in the early 2000s and were again in merger talks. The idea was that with recent 5G buildouts, and a new administration in Washington, there was less likely to be regulatory resistance, the kind that had reportedly kept Dish out of the talks when DirecTV was in the process of being spun off by AT&T in 2020 and 2021.

Analyst Jeffrey Wlodarczak of Pivotal Research Group told The Hollywood Reporter in the spring that it might be time for such a merger.

“I think a weakening economy certainly might put some pressure on the parties to reach a deal as it could accelerate the decline of traditional pay-TV,”  he said.

However, there has been little in the way of reports of traction in any such talks since January. And in fact, DirecTV accused Dish Network of “wreaking havoc” on its satellite signals with its fledgling 5G network, alleging such in a letter to the FCC.

“The analysis concludes that mobile operations in the band would cause extensive harmful interference to DirecTV receivers, exceeding the limits currently in place to protect DBS customers by a factor of 100 to 100,000 over areas extending well beyond the intended coverage area of the mobile base stations,” the letter said, as reported by NextTV.