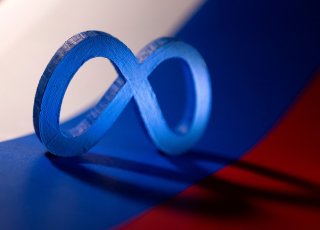 More than 10 million refugees have been forced to relocate from Ukraine according to the United Nations High Commissioner for Refugees, with 3.6 million seeking shelter outside of the country and 6.5 million temporarily hiding outside of their homes. Ukrainian vice prime minister Mykhailo Fedorov pleaded directly with Elon Musk on Twitter:

While you try to colonize Mars — Russia try [sic] to occupy Ukraine! While your rockets successfully land from space — Russian rockets attack Ukrainian civil people! We ask you to provide Ukraine with Starlink stations and to address sane Russians to stand.

Russia has declared Meta (the mother entity of Facebook and Instagram), Google, and other big tech companies from the West as extremist organizations. Tesla founder Elon Musk has publicly challenged Russian president Vladimir Putin to a duel and has offered to deliver Starlink satellite Internet solutions to people affected by the war in Ukraine.

Other major tech companies soon followed Musk’s example—at least in terms of expanding their services to refugees. Mobile phone carriers T-Mobile, AT&T, and Verizon have waived charges for calls and texts to and from Ukraine, and Tesla is allowing any electric vehicles to use charging stations along the borders between Ukraine and Poland or Hungary. Airbnb, the online marketplace for lodging, stepped up to organize free short-term accommodation for 100,000 refugees.

Companies are stepping up their support for Ukraine in ways unseen in the past. Their actions indicate a changing level of involvement for corporations caught in global conflict. While industry has always played a role in war efforts—private sector enterprises build tanks, aircraft, and weapons and sometimes pivot to help militaries during crises—companies historically haven’t been involved in battlefield actions. The war in Ukraine is the first modern war where the tech firms are direct actors in the conflict.

The nature of warfare has itself changed. War is now waged on many fronts; traditional battlefields with military and human casualties remain at the forefront, but cyberspace and information (or misinformation) operations have surged in relevance.

Ukrainian president Volodymyr Zelenskyy called for the creation of “a union of responsible states” during his speech to the U.S. Congress in April. Such a union, Zelenskyy envisioned, would be able to send military troops within twenty-four hours to any conflict zone.

Similar alliances have been suggested by prominent thinkers; geopolitical analyst Parag Khanna has said that “until we evolve a new diplomatic design, we will fail to confront and prevent the constant stream of crises—from financial turmoil to failed states—that engulf us … Technology and money, not sovereignty, determine who has authority and calls the shots.”

A fighting force such as the one proposed by Zelenskyy or the new designs encouraged by Khanna could be financed by governments in partnership with tech companies, building an agile and rapid deployment force to maintain peace in conflict areas around the world. After all, our lives, and even some core functions of the state, increasingly exist in the digital world, and the future is being shaped by tech companies and decentralized platforms. Ian Bremmer has called this geopolitical shift the technopolar moment, defined by the big tech firms transcending their original masters: the states.

Big tech firms’ active presence in modern conflict has also generated criticism. India's Minister of State for Electronics and Information Technology Rajeev Chandrasekhar has accused Big Tech platforms of weaponizing the internet during the Russo-Ukrainian War. He said this highlights the sweeping powers of social media giants and how they preside over the ''splinter-net.”

Perhaps the idea of responsible states and Big Tech building an alliance together sounds unlikely, but the reality is that a new world is emerging before our eyes. For the first time in the history of modern conflict, tech companies are no longer neutral, but they have become active participants in the war. The question is: which form will that participation take in the future? Over the past decade, the biggest tech companies have come to feel less like traditional corporations and more like quasi-states—borderless empires, whose connected decisions had growing geopolitical consequences. However, extraordinary times require extraordinary solutions, and tech firms are now working side by side with Western governments to build solutions to boost Ukraine’s defenses and provide services to refugees and citizens hiding from the conflict. Has the time come to invite Musk and the other tech titans for the next NATO Summit in Madrid next June?

If freedom had only ever had governments to watch over its growth, it most likely would still be in its infancy—or it would already be dead and buried with the epitaph “An angel who left us too soon.” Heroes are those who never allow themselves to rest, and imaginative alternatives can be the best substitutes to paralysis.