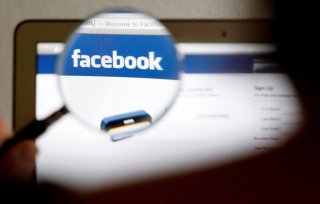 The Department of Defense has vowed to launch a probe into military-run fake accounts on social media sites after such accounts were recently taken offline. That’s according to a Washington Post story published over the weekend.

The undersecretary of defense for policy, Colin Kahl, announced the probe and “instructed the military commands that engage in psychological operations online to provide a full accounting of their activities by next month.”

This was after concerns were raised that Pentagon agencies had engaged in “attempted manipulation of audiences overseas.”

“Our joint investigation found an interconnected web of accounts on Twitter, Facebook, Instagram, and five other social media platforms that used deceptive tactics to promote pro-Western narratives in the Middle East and Central Asia. The platforms’ datasets appear to cover a series of covert campaigns over a period of almost five years rather than one homogeneous operation,” the report said, citing data from a group of accounts removed from those social media sites in July and August 2022.

Graphika received a dataset containing nearly 300,000 tweets from 146 accounts over ten years. The activity took place across multiple presidential administrations. Per the Post piece, Facebook had reached out to both the Trump and Biden Administrations with their concerns.

“These campaigns consistently advanced narratives promoting the interests of the United States and its allies while opposing countries including Russia, China, and Iran,” the report said. “The accounts heavily criticized Russia in particular for the deaths of innocent civilians and other atrocities its soldiers committed in pursuit of the Kremlin’s ‘imperial ambitions’ following its invasion of Ukraine in February this year. To promote this and other narratives, the accounts sometimes shared news articles from U.S. government-funded media outlets, such as Voice of America and Radio Free Europe, and links to websites sponsored by the U.S. military. A portion of the activity also promoted anti-extremism messaging.”

The Post also reported that, as has often been the case with such bot cases, “the pretend personas—employing tactics used by countries such as Russia and China—did not gain much traction, and that overt accounts actually attracted more followers.”

The newspaper also discovered that Facebook two years ago “disabled fictitious personas created by Centcom to counter disinformation spread by China suggesting the coronavirus responsible for covid-19 was created at a U.S. Army lab in Fort Detrick, MD.”

Ironically Kahl, who previously served in the Obama Administration, claimed that an Israeli firm had spied on him and his wife to discredit the Iran nuclear agreement.