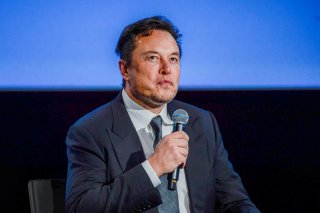 Elon Musk announced this week on Twitter that one of his companies, Starlink, is now operational on all of Earth’s continents, including Antarctica.

The National Science Foundation had elaborated earlier in the week about that last continent to come into place.

“NSF-supported USAP scientists in #Antarctica are over the moon! Starlink is testing polar service with a newly deployed user terminal at McMurdo Station, increasing bandwidth and connectivity for science support,” NSF said in a tweet.

As he often does, Musk made some news in the replies to a Twitter post. When asked if it was “technically possible to provide Starlink to Iranian people,” Musk replied, “Starlink will ask for an exemption to Iranian sanctions in this regard.”

When another replier asked Musk, “Could you do the same for other countries under a dictatorship like Cuba for example?”, Musk replied, “OK.”

As is often the case with Musk’s Twitter musings, it’s clear if these openings to Iran and Cuba are indeed something planned by his company or whether the ideas were occurring to him for the first time.

If Musk is serious about seeking sanctions relief, it could be a tall order, according to Gizmodo.

“U.S. sanctions against Iran are some of the toughest in the world and often limit the ability of everyday people to receive basic medical supplies and medicines—sometimes not because those medicines are specifically mentioned in American sanctions legislation but because businesses and banks are afraid to do business in Iran, a side effect known as overcompliance,” the Gizmodo report said.

A CNBC report in 2019 stated that Musk had filed paperwork for his security clearance to be reinstated. He had run into trouble while publicly smoking marijuana while appearing on the “Joe Rogan Experience” podcast, and using that substance is forbidden for those with a security clearance. The need for the clearance was mostly connected to his work with SpaceX, which receives government contracts.

The companies recently met with the government of Zambia about offering Starlink services.

“Our President’s engagement with the team from SpaceX and their Starlink initiative will escalate Zambia’s position in the digital economy and enable universal access to the internet and other technologies. Grateful for this initiative from visionary entrepreneur Elon Musk,”Jito Kayumba, a special assistant to Zambian president Hakainde Hichilema, tweeted earlier this week. He also shared Musk’s tweet that he was “looking forward to providing Starlink service to the people of Zambia.”